Food addiction is not the cause of obesity, conference hears 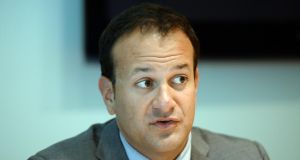 It is not helpful to tell overweight and obese people that they have a food addiction and it’s not their fault, a conference exploring the issue of food addiction has heard.

Prof Julian Mercer, head of obesity and metabolic health at the University of Aberdeen, said labelling overeating as an addiction and blaming the food industry gave people the impression that there was nothing they could do about it.

He said there was insufficient evidence that common foods, or a particular ingredients, were addictive.

“Eating addiction might be a more appropriate term to describe problematic relationships with food, avoiding the implication that food contains addictive chemicals,” he said.

“For most individuals with a weight problem, weight gain occurs rather slowly over periods of years or decades, and it is almost certainly completely inappropriate to suggest that food addiction or eating addiction has any role to play.”

Prof Mercer said headlines saying cookies were as addictive as crack cocaine or fast food was as addictive as heroin were exasperating and misleading. Scientists must work harder to get sensible messages out there.

Prof Mercer was speaking at a conference on food addiction organised by the Food Safety Authority of Ireland’s consultative council.

Opening the conference, Minister for Health Leo Varadkar said studies now showed that two out of three Irish adults, and one in four primary school children, were overweight or obese. “These disturbing statistics represent a major challenge. It’s a challenge for health professionals, for parents, for individuals and for society as a whole,” he said.

Nutritionist Paula Mee encouraged people wishing to reduce their calorie intake to use smaller plates and more slender glasses. She said people should practise mindful eating, slowing down so that they enjoyed their food more.