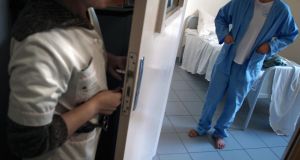 Health-conscious “new men” may be largely responsible for a dramatic reduction in rates of Alzheimer’s and other forms of dementia over the past 20 years, new British research suggests.

Despite fears of a dementia “tsunami” as people live longer and become more vulnerable to the devastating brain disease, incidence of the condition has fallen by a fifth in England.

As a result, there are thought to be 40,000 fewer new cases of dementia each year in the UK than there would have been had the trend seen two decades ago continued.

The improvement is almost entirely driven by men, scientists discovered - but why remains an unanswered question.

One possibility, recognised by the researchers, could be that men have become better at looking after themselves.

Fewer men smoke today, and their hearts and arteries are believed to be in better shape, even though obesity levels remain high.

Better education, changes in diet and more awareness of the importance of exercise may be contributing factors.

Alzheimer’s is the most common form of dementia, accounting for between 60 per cent and 80 per cent of cases.

Professor Carol Brayne, director of the Institute of Public Health at Cambridge University, who co-led the study, said: “It may be that those things are playing a role. I know that others have suggested that men are becoming a bit more like women in terms of their health patterns.”

The findings, reported in the journal Nature Communications, are from the Cognitive Function and Ageing Study (CFAS) which focused on three economically representative regions of England, affluent Cambridgeshire and less well off Newcastle and Nottingham.

Between 1991 and 1994, researchers assessed 7,500 men and women aged 65 and over and conducted repeat interviews two years later to measure dementia incidence.

Two decades later, the process was repeated with a new group of roughly the same number of participants.

Dementia down by 20 per cent

The results showed that rates of all kinds of dementia had fallen by 20 per cent between the two dates, but women’s incidence remained almost unchanged.

The improvement was driven by a reduction in the proportion of men of all ages developing the condition.

A prediction based on the earlier incidence rates would have anticipated 250,000 new cases.

Prof Brayne said: “Our findings suggest that brain health is improving significantly in the UK across generations, particularly among men, but that deprivation is still putting people at a disadvantage.

“The UK in earlier eras has seen major societal investments into improving population health and this appears to be helping protect older people from dementia. It is vital that policies take potential long-term benefits into account.”

Co-author Professor Fiona Matthews, from the Institute of Health and Society at the University of Newcastle and the Medical Research Council (MRC) Biostatistics Unit, Cambridge, stressed that public health measures aimed at reducing people’s risk of dementia were “vital” and potentially more cost-effective than early detection and treatment.

She added: “Our findings support a public health approach for long-term dementia prevention, although clearly this does not reduce the need for alternative approaches for at-risk groups and for those who develop dementia.”

Dr Rob Buckle, director of science programmes at the MRC, which funded the study, said: “It is promising news that dementia rates, especially amongst men, have dropped by such a significant amount over the last 20 years, and testament to the benefits of an increased awareness of a brain-healthy lifestyle.

“However, the burden of dementia will continue to have significant societal impact given the growing proportion of elderly people within the UK population and it is therefore as important as ever that we continue to search for new ways of preventing and treating the disease.”