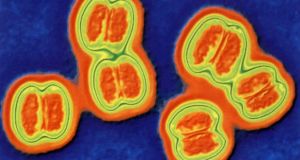 The death of an infant in north Dublin from meningitis has led to calls for a new vaccine against the disease to be made available.

The death of an infant in north Dublin from meningitis has led to calls for a new vaccine against the disease to be made available by the Health Service Executive.

Charity, Act for Meningitis, expressed its sadness at the death of the 11-month-old and said it was a painful reminder of how quick the disease can strike.

The non-profit organisation called on the National Immunisation Advisory Committee to recommend a new vaccine without delay in order to prevent further tragedies. Bexsero, a vaccine for meningitis B, was licensed by the EU Commission in January 2013 and is available in Ireland privately.

The committee, which decides on what vaccines are included as part of the national immunisation programme, has been considering its inclusion for almost two years, according to Act for Meningitis.

“This vaccine will save lives and the NIAC need to make a decision at their November meeting to prevent further tragedy such as the case in Dublin,” said chief executive Siobhan Carroll.

A vaccine for the C strain of meningitis was introduced in 2000, after which cases dropped by over 98 per cent. However, Ireland still has the highest incidence of meningococcal disease in Europe, with meningitis B accounting for the majority of cases.

The HSE confirmed a recent infant death in north Dublin from meningococcal infection and said appropriate contact tracing measures have been undertaken.

The HSE has advised people to be vigilant about the signs and symptoms of the infection, which often has a sudden onset and occurs most often in winter and spring. Young children and adolescents are most at risk.

Symptoms include high temperature, headache, stomach or muscle pain, nausea, vomiting, a stiff neck and a pinpoint or blotchy purple rash which does not fade when pressed.