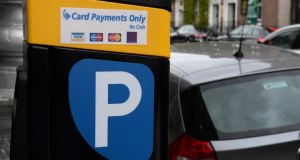 A charge of 50 cent an hour for currently free car parking at out-of-town shopping centres could raise more than €16 million a year, with the revenue used to support town centres and local public transport services, according to An Taisce.

If the levy was applied at six of the largest retail outlets on the edges of Dublin, Cork and Limerick, it could raise €16.68 million, of which 85 per cent would go to local government and the remaining 15 per cent to the exchequer.

In a pre-budget submission to the Department of Finance, the trust has also called for Vat on bicycles to be reduced from 23 per cent to zero so they would be more affordable for low-income families.

Among measures An Taisce would like to see in the budget on October 15th is a proposal that any new tax on derelict sites in urban areas should include a surcharge on sites being used for surface parking.

It also wants public transport procurement guidelines to be reformed, so hybrid electric buses could be added to the Dublin Bus fleet. At present, hybrid buses account for 5 per cent of London’s fleet, with plans to increase this to 20 per cent by 2016.