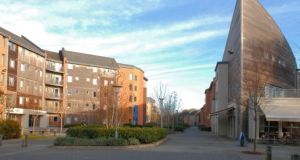 The University of Limerick issued High Court proceedings against the Limerick Leader after it published details of allegations of financial mismanagement.

The chief executive of the Higher Education Authority (HEA) Tom Boland is to travel to Limerick on Tuesday to meet a “whistleblower” who has made allegations of financial mismanagement at University of Limerick.

The individual, a former employee of the university, has brought forward the allegations of irregular expenses claims by senior staff after two other employees went public with similar allegations this month.

The university, which vehemently denies the claims, issued a statement on Saturday saying it was “anxious to bring rapid closure to this matter as its continuation over a prolonged period risks damaging our excellent reputation regarding matters of governance”.

It urged the HEA to bring its review to a conclusion as soon as possible “and we will cooperate fully with any investigation that the HEA chooses to establish in order to bring finality to this matter”.

The two administrative staff members claim they have been victimised for highlighting the alleged mismanagement, which they say they first raised two years ago.

But the university said the allegations of poor practice had only surfaced last May, some time after they had been found to have made a “malicious complaint” against colleagues.

The former employee who Mr Boland is meeting on Tuesday has said she raised concerns about abuses of the expenses regime in 2012, including an alleged practice of staff getting mileage payments for travelling to and from their homes.

The HEA said it was concerned that any allegations of malpractice were fully and thoroughly investigated but it had yet to receive sufficient details of what has been alleged to allow that investigation to occur.

The Public Accounts Committee (PAC) has also indicated plans to investigate the allegations, and committee member Patrick O’Donovan TD (Fine Gael) is due to meet the “whistleblower” on Monday to discuss the allegations.

Last week, the university issued High Court proceedings against the Limerick Leader which published details of the allegations of the two current employees in a front-page story earlier this month.

Niall Collins TD (Fianna Fáil) raised the matter in the Dáil on Thursday, accusing the university of using state funding to issue proceedings “to gag the media” on a serious issue of public interest.

Mr Collins said he had been made aware in 2012 of allegations of improper payments of expenses and passed them on at the time to the PAC.

In its statement, the university said the allegations had been referred at the time by the PAC to to the Comptroller and Auditor General (C&AG) for follow up.

The university then supplied information to the C&AG and “there were no further queries, nor were requests for further information”. The matter was also reviewed by the university’s audit committee which saw no reason to pursue the matter further.

Of the allegations of the two current employees, the university said it appointed Deloitte, the university’s internal auditors, to carry out an independent investigation last summer.

Of the legal action against the Limerick Leader, UL said the allegations it published were “false and seriously damaging to the reputation of the University of Limerick and to members of its staff”.

It asked the newspaper “to correct the record and apologise in order to protect the university’s excellent reputation”.

The newspaper had refused this request, leaving the university with no option other than to initiate proceedings against the paper and its editor Alan English, the statement added.