Half of secondary teachers under 30 lack job security 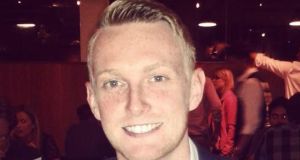 Stephen Corri (26): “Over the summer I’d say I’ve applied for maybe around 20 jobs. I’m lucky to even get an email to say, ‘sorry you haven’t been successful this time’.” 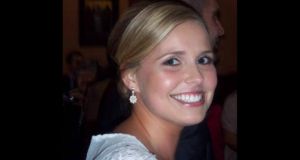 Martha Halpin (27): “I’m five years gone in the direction that I was never supposed to be. I’m working as an accountant because I need the money because my education has cost thousands.” 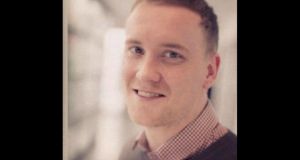 Michael Browne (27): “The issue that gets me the most is the lack of support for newly qualified teachers. In some schools it’s just not there.”

Job security remains the foremost concern for newly qualified secondary teachers returning to the classroom for subbing, temp work and maternity cover as they continue their pursuit of a coveted contract of indefinite duration (CID).

About 35 per cent of Irish secondary teachers are employed on a temporary or part-time basis, compared with an OECD average of 15 per cent. For teachers under 30 that figure rises to 50 per cent.

This should put a sizable number in line for a CID from September but many teachers still find it difficult to get any hours at all.

“The casualisation and use of temporary contracts has been an issue for quite a while and I suppose was probably worsened when the teacher numbers were cut during the worst years of austerity,” says ASTI spokeswoman Gemma Tuffy.

The measures announced by the Department are a “major advance”, she says. However, a lot of young teachers still struggle to get enough work to earn a living, which has a knock-on effect for schools.

Young teachers also have to contend with different pay scales.

Under the Haddington Road agreement, a teacher who started before January 1st, 2011, could expect to begin on €30,904 a year; those who entered the profession between 2011 and February 2012 would start on €27,814, while teachers who started on or after February 1st 2012 could expect €30,702 but without qualification allowances.

Below, three newly qualified teachers tell The Irish Times about their experiences so far and their hopes for the future.

I’m still looking for a position for this year. I qualified at the end of the 2013/2014 academic year. For 2014/15 I was unemployed until Christmas, then I got some subbing work and then I got a maternity position for the remainder of the year.

When I’ve been teaching it’s been very positive. I really enjoy the job. But the big problem is trying to actually get a job. That’s a very frustrating experience.

Most principals don’t even acknowledge your application because they’re getting such a huge volume of applicants for every job. Over the summer I’d say I’ve applied for maybe around 20 jobs. I’m lucky to even get an email to say, “sorry you haven’t been successful this time”.

I was optimistic before the summer because I was thinking ‘okay I have a little bit of experience now’, but nothing has materialised at all. There’s a general feeling out there that advertised positions have already been taken, the schools are just obliged to advertise.

I’ve dropped CVs in to schools to outline my position and say that I’m available for subbing. It’s a lot better than nothing but it’s not the same as teaching, it’s not as fulfilling. Most of the time you’re just supervising, you’re not even teaching, which is a bit disheartening.

The CID is the dream at the moment: to have two consecutive years of contracts and then to get a CID. That’s what we’re all hoping for, all aiming for.

It gives you a bit of security and you can move forward with your life.

I had to get extra points to get onto the PDE [professional diploma in education] course because they put a cap on business students.

If you had any other degree you only needed 43 credits but I needed 49 because I had a commerce degree, from NUI Galway.

So it took me three years to get a place on the course and in that time, to get extra points, I had to do a postgrad, a masters and I ended up becoming a qualified accountant.

I never, ever wanted to do anything other than teaching. I think I was 12 when I said I want to be a teacher. I qualified in May 2013. From September to December that year I tried to get substitution work and applied for some jobs. I think I was called for interview for one and the phone rang a couple of times.

Two years have passed, I still have no teaching job.

I think I applied for about 12 this year.

I was called for interview for three, maybe four but I’ve no contract. I wasn’t successful on any of them.

I’m five years gone in the direction that I was never supposed to be. I’m working as an accountant because I need the money because my education has cost thousands.

I’m just a bit frustrated. I’m 27 now but I finished my degree when I was 20 and I thought I’d get straight into the teaching course and have a job.

I feel like I’m getting close to 30 and I’m still not anywhere near what my goal was.

I have never wanted to do anything but teaching and I have to try with everything I have to get it.

I worked too hard to turn around and say it’s not for me. Because it is for me. That’s what I’ve always wanted to do. I’m sure it is for me, I just can’t get the opportunity.

Last year was my first year as a fully fledged teacher. It’s all I’ve ever wanted to do so I had that energy, but it is an extremely tough year. You don’t have as much experience or as many resources or as many plans as your older colleagues.

There is a professional structure there but inside the school those supports really depend on the good will of the school.

Last year I was based in St Laurence College, Loughlinstown, Co Dublin, and I had a fantastic year. But because of the lack of job security and the general lack of positions I had no choice but to move and look for another job elsewhere.

I was lucky enough to secure a one-year contract in Presentation College, Bray, Co Wicklow, where I’m based now. At the moment my focus is on completing this year and doing my job to the best of my ability.

I’m still trying to come to terms with the pay issue. It’s very difficult. My starting salary is considerably lower than other teachers’. Obviously seniority comes into it but it is hard to really try our best and work hard and then to see maybe other teachers who don’t work as hard as you and you’re being paid less.

I was lucky to manage to get into schools where I was supported no end. But I have friends who are newly qualified and some just can’t get into schools, they just cannot get jobs.