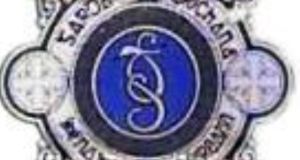 Suspects in Garda custody can now have their solicitor present during interviews after a major policy shift by the Director of Public Prosecutions (DPP).

The DPP has issued a direction to An Garda Síochána that, where a request is made by a suspect who is detained in a Garda station to have his solicitor present for interview, the request should be acceded to.

The move follows a Supreme Court judgment which implicitly suggested that the State should allow such access, which would bring Ireland into line with standard practice in many European states.

Separate issue
The court’s observations, made in a decision that dealt with a separate issue last March, were widely seen as making the long-discussed policy change inevitable.

Solicitors have welcomed the change but complained that the sudden announcement raised practical questions that must urgently be resolved. These centre on additional funding for the Criminal Legal Aid Scheme and the extra resources that will be required for solicitors to be present during often lengthy interviews.

Initiative
The Department of Justice responded to the DPP’s initiative by issuing a circular to the Law Society, which represents solicitors, outlining what it believed should be the role and function of lawyers at Garda stations.

It said that solicitors could participate during questioning by seeking clarification, challenging improper questions, advising clients not to reply to a particular question or requesting suspension of the interview if they wish to give a client further legal advice in private.

Circular
“It is not part of the role of the solicitor to answer questions on the client’s behalf,” the circular stated, adding that a lawyer may be required to leave the interview “if their conduct is such that it prevents, interferes with or unreasonably obstructs the proper questioning of the suspect or the suspect’s responses being recorded.”

A statement from the department said it was in discussions with the Law Society with a view to putting in place, on an administrative basis for the present, a procedure governing the presence of solicitors at interview.

It said it had also invited the society to discuss the extension of legal aid for suspects who cannot afford their own legal representation.

Challenges
In the Seanad last week, Fine Gael senator Hildegarde Naughton said the change was long overdue and should lead to a decrease in the number of legal challenges to statements of admission given by people while in custody.

But she was concerned that the Oireachtas had been “bypassed” in this “fundamental shift” in the rights of people in custody and asked that the Minister for Justice explain the position.

Overhaul
“I find it unusual that such a far-reaching overhaul of the system of justice is arrived at by the Director for Public Prosecutions without either a decision of the Supreme Court or debate in the Oireachtas,” Ms Naughton added.

In an article in today’s Irish Times, solicitor Dara Robinson of Sheehan & Partners describes the new change as the most significant in criminal justice procedure in the last 30 years.