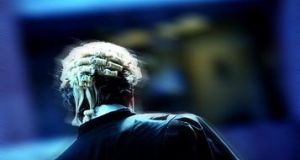 The average sentence for rape in Ireland has increased by almost a year to 10 years over the past decade, according to an analysis of sentencing data.

Despite public outcry in recent years about light sentencing, the data suggests non-custodial rape sentences, such as that imposed on Magnus Meyer Husveit last year and later reversed by the Court of Appeal, remain the exception, while fully suspended terms remain extremely rare.

When compared with the previous findings from Rape Crisis Network Ireland (RCNI), which carried out the only previous large-scale survey of rape sentencing, the figures show a gradual increase in rape sentences over the past 10 years. This matches the trend seen in the UK, where the average effective sentence now also stands at eight years.

RCNI spokeswoman Cliona Saidléar said the organisation is generally satisfied with rape sentencing in Ireland, but that certain sentences are still a cause of concern.

“The most serious issues around sentencing is where there are inconsistent or inexplicable sentences. These threaten to bring the justice system into disrepute and put survivors off reporting or following through. However, the DPP and the Court of Criminal Appeal have a strong record in examining lenient sentences,” she said.

Senior counsel Sean Gillane said the figures tally with his experience in the Central Criminal Court. “My personal feel on it would be that sentences are going up.

“I know when I’m advising people I would say to them if you plead you might get eight or nine [years] and if you fight it you might get 11 or 12.”

The Irish Times research, which analysed every rape offence conviction in the Central Criminal Court between 2013 and 2015, shows the vast majority, 70 per cent, of offenders received a partially suspended sentence. Out of the 85 offenders, 65 had their sentences discounted by some amount.

In general, only those who took a trial date and refused to admit guilt after conviction received non-discounted sentences. However, in the case of some particularly heinous crimes, judges refused to suspend any of the sentence, even with a guilty plea.

For example, last year a 77-year-old was jailed for abusing both his daughter and granddaughter. He was jailed for a full seven years despite pleas from his defence counsel about his guilty plea and his advanced age.

Fully suspended sentences, where the offender walks free from court, are extremely rare.

The case of Husveit, a Norwegian man who raped his Irish girlfriend as she slept, attracted much public attention when he received a fully suspended sentence from Mr Justice Patrick McCarthy last year.

However, Husveit was one of only three people to receive fully suspended terms for rape offences, according to the figures.

Furthermore, two of these three offenders, including Husveit, later had their sentences overturned by the Court of Appeal and were sent to prison.

The third man, who had an intellectual disability and attempted to rape a woman after a party, received a non-custodial term which was not overturned on appeal.

The appeal court’s decisions were in line with DPP v Tiernan, a 1988 Supreme Court case during which the chief justice said it was difficult to imagine circumstances which would justify a non-custodial sentence for rape.

Sean Gillane, who regularly prosecutes and defends rape cases, told The Irish Times it appears “the door is almost shut” on fully suspended sentences for rape.

“It’s almost hard to conceive how you’d ever get one,” he said. “There was a time where you were always hopeful of getting into the ballpark of a suspended term, if you pleaded early and all the rest of it. But it seems to be gone as a concept now.”

Rape offences can receive up to life in prison, but such sentences are also very rare. Just one person was jailed for life for rape during the period - a man who lured two very young girls off the street in Westmeath before raping them.

In the past it was standard for life sentences handed down over sex crimes to be overturned on appeal. This seems to have changed somewhat in recent years.

The appeal against the Westmeath rapist’s life sentence was rejected, while the late Mr Justice Carney noted in 2014 that “The Court of Criminal Appeal used to have little or no tolerance for non-mandatory life sentences - that has now changed where the circumstances are considered exceptional.”

However, the courts are willing to impose sentences which approach or match what an offender would likely serve if they got life, which is usually between 17 and 20 years. One serial rapist received a 17-year sentence during the period, while five received full 15-year terms.

The figures also give an insight into the type of rape offences coming before the courts.

Contrary to popular belief, most rapes, 80 per cent, were committed by someone known to the victim. In 27 per cent of cases the rapist was a member of the victim’s immediate family, usually a stepfather or stepchild.

A further 15 per cent were related to the victims in other ways - for example, uncles and cousins. Former partners account for 5 per cent of rapists.

Ambush or housebreaking-type attacks, where the victim did not know the attacker, accounted for only 10 per cent.

Nearly half of victims (47 per cent) were under 10 years old at the time of the offence, with 69 per cent under 18. The average age of victims was 15.

The youngest was 3 and the oldest was 71. The average age of the rapist was 32 at the time of offence, with 14 per cent being under 18.

Most cases (59 per cent) involved ongoing sexual abuse over the course of months or years, as opposed to single incidents.

Rape tends to have a low recidivism rate, compared to other crimes.

This is borne out by the data, which shows just 13 per cent had previous convictions for sex crimes.

The majority (59 per cent) had convictions for non-sexual crimes, ranging from traffic offences to violent robberies.

The offenders, who were all male, came from every county in the Republic except Leitrim. Dublin had the most rape convictions, with 14, followed by Galway (8) and Westmeath (7).

In many cases a significant period of time elapsed between the offending and conviction. Half of the cases involved at least a four-year delay, while 34 per cent involved a delay of 10 years or more.

The reasons for delay in nearly all of these cases were the victim not coming forward to gardaí until long after the offence occurred.

Most rapists (57 per cent) were not named in media reports. Someone accused of rape is entitled to anonymity unless convicted.

However, many retain their anonymity post-conviction because identifying them would lead to the victim’s identification, such as in cases where the parties are related.

In the 37 cases where the offender was named, the victims either waived their right to anonymity or the rapist was sufficiently removed from them that the victims would not be inadvertently identified.

The figures also show that over the three years, 29 offenders were charged with rape but later had the charge dropped or replaced with less serious offences.

Most of these involved plea deals, with the DPP accepting a plea to a lesser offence to avoid the uncertainties of a trial.

For example, in six cases where an offender was charged with rape of a minor, plea deals were eventually accepted to defilement (having sex with a minor).

One senior counsel, who works mostly as a prosecutor and asked not to be named, said the DPP might accept a plea deal where a case turns out to be weaker than it initially appeared.

“Sometimes it’s a case of having a bird in the hand instead of two in the bush if the evidence starts falling apart. I had to do one recently where the case was just collapsing. It surrounded the issue of consent from a child, so we accepted defilement.

“It could also arise where the complainant is very anxious not to give evidence at all and you take a plea with both hands because they don’t want to go to court.

“If it keeps a child out of the witness box it makes sense to take a plea.”