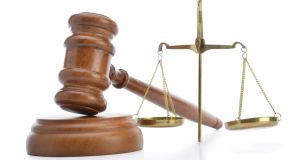 The entire county of Kerry, with seven courthouses, has no video link facilities. The Criminal Evidence Act, which is 24 years old, doesn’t include Kerry because of this

No courthouse in Co Kerry has a facility which would allow a minor to give evidence via video link, Killorglin District Court has heard.

The issue arose yesterday as John West (53), of Bansha, Killorglin, appeared in court charged with harassing three people – two adults and a minor – between February 1st, 2014, and January 11th, 2015.

Dan O’Connor, for Mr West, said the case could not be heard as scheduled because the courthouse in Killorglin had no facilities to allow the minor, a State witness, to give evidence by video link. Mr West denies the charges.

“The State will have to transfer the case. The entire county of Kerry [seven courthouses] has no facilities for video link,” he said. “The Criminal Evidence Act is 24 years old and it doesn’t include Kerry because it has never been commenced because facilities are not in place.”

He said everyone wanted the case to “be dealt with locally and quickly”, and the State had no objections to it moving.

He said the “main thing” was that the minor did not want to be in the same room as the accused.

Insp John Brennan said the State had no objection to this, and the inability to allow the minor to give video evidence had been “the stumbling block” in the case.

Judge James O’Connor ordered that the child’s evidence be taken in Killarney “because it has better consultation rooms than Tralee”.

He said digital audio recording should be available and transcripts. A date of February 9th was set.

Minister for Justice Frances Fitzgerald last week said the Courts Service was aware of the limited facilities at Tralee courthouse but was unable to improve them at the current site due to the nature of the building.