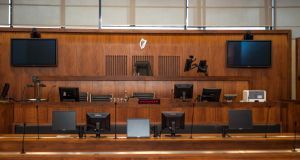 Nathan Coughlan’s solicitor said the young man knew he had to get a sentence for what he did and was willing to ‘take it on the chin’.

An 18-year-old man has been jailed for 10 months for making two hoax 999 calls claiming there was a man in a Co Clare river.

The calls resulted in the emergency services spending thousands of euro searching a river for the body of a “missing” male.

Judge Durcan said the “mind boggles” at the offences committed by Coughlan, which would have left local people deeply concerned for the ‘missing’ person.

Det Garda Stephen Hession said the coastguard helicopter was scrambled on November 13th last year after Coughlan made a 999 call in which he said “a fella is after throwing himself into the river”.

The person taking the call told Coughlan the services were already dealing with a separate callout involving a motorist crashing his car through the window of an Ennis shop.

Asked if the call was a hoax, Coughlan said: “No, this is genuine. This is a real call.”

Det Garda Hession said that along with the helicopter, gardaí and the fire service arrived at the scene at the Parnell Street carpark to search the River Fergus.

Coughlan, who has a number of previous convictions, followed up the hoax with a second call to the emergency services on June 16th, where he again claimed to have seen a man jump into the River Fergus.

However, Det Hession said the emergency services were not scrambled as a member of the public overheard Coughlan make the call when it was obvious no one had gone into the river.

Coughlan was arrested in Ennis town centre. His earlier offence was detected after gardaí listened to the audio recording of the phone call.

Concerning the November offence, Det Hession said Coughlan told gardaí he was 50/50 as to whether the individual had jumped into the river.

Solicitor for Coughlan, Johny Casey, described the offences as “ridiculous and stupid”.

Mr Casey said Coughlan made the call for excitement. “It would look exciting to him, gardaí trawling the river, the sub aqua units going through the river. It was something to watch for Mr Coughlan, to give him a sense of excitement.”

Mr Casey said the November incident is an extremely serious one as it took services away from a genuine incident.

“Nathan knows that he has to get a sentence for it and he is willing to take it on the chin. What he did was so far removed from a prank and I think he knows that now.”