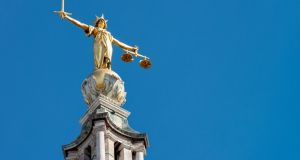 The Court of Appeal said the man was entitled to his costs of the appeal.

A woman has lost her appeal aimed at having her marriage annulled based on her claims it was without her full consent and her ex-husband lacked capacity to marry because he was mentally unstable and either gay or bisexual. The man denied those claims.

In its judgment this week, the Court of Appeal (COA) said the High Court dismissal of the woman’s petition, given the lack of evidence advanced by her, was “not just correct but inevitable”. It said the man was entitled to his costs of the appeal.

The parties married in the 1990s and separated more than a decade ago. Following their separation, the Circuit Court ordered their children should reside with their father and their mother was granted access.

She petitioned the High Court to have the marriage annulled, claiming the man had subjected her to such duress the marriage took place without her full and independent consent. She claimed she was under his control and was isolated from her family and friends due to his allegedly violent and threatening behaviour.

She further claimed he lacked capacity to enter into a sustained and caring marital relationship with her because, she alleged, he was mentally unstable and either gay or bisexual.

In a 2019 judgment, the High Court’s Ms Justice Leonie Reynolds dismissed the application after finding no evidence to support her claims.

The woman had fallen well short of establishing her claims and was aggrieved her former partner got custody of their children in the judicial separation proceedings, the judge said.

The woman, representing herself, appealed, claiming inter alia, she did not get a fair trial and the High Court judge was biased and displayed hostility towards her. The man opposed the appeal.

Giving the judgment, Mr Justice Binchy said the woman brought the proceedings seeking a decree of nullity so she could have the Circuit Court order regarding their children’s custody set aside.

Despite the children having reached the age of majority when the appeal came on for hearing, the woman opted to bring her application to a finality as was her right, he said.

The High Court was entitled to conclude there was a “paucity of evidence” to support her claim her consent to marry was “given under duress”, he said.

There was no evidence to suggest the woman was manipulated into getting married and was of “timid disposition”, as she claimed. The evidence, as the High Court found, was to the contrary.

The woman’s evidence for her claim her former partner was gay or bisexual consisted of her having been told by one of the man’s friends on their wedding day that many had, until then, assumed he was gay, the judge said.

She also produced an old picture of her former partner with his arm around another long-term male friend of his whom she believed he was in an intimate relationship with.

That photograph, taken when both males were in their teens, could only be described as depicting a gesture of friendship from which no reasonable person could draw any conclusions as to the subject’s sexuality, the judge said.

There was no evidence that the man, who denied the claims, is homosexual other than the woman’s opinion, which seemed to be formed without any reasonable basis. The High Court was not just correct, but had no choice, other than to hold against the woman on this point.

The judge rejected all other grounds of appeal, including the claims the man has a mental illness, lacked capacity to enter marriage and the trial judge was biased against, or hostile, towards the woman. The transcript of the High Court hearing indicated the trial judge “did her best to guide and accommodate the woman”, he said.