Woman entitled to damages over eviction by council 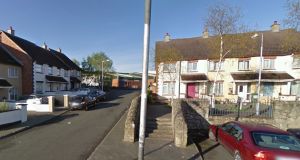 A woman is entited to damages over her unlawful eviction from her local authority home in Loughlinstown, the Supreme Court has ruled.

The amount of damages for Ann Moore, evicted under a warrant for possession obtained by Dún Laoghaire-Rathdown Council in a “fundamentally defective” manner, will be decided later.

In a joint judgment on Tuesday, Mr Justice Frank Clarke, Ms Justice Mary Laffoy and Ms Justice Iseult O’Malley overturned a High Court decision refusing Ms Moore any relief over her unlawful eviction from her home at Glennatan, Loughlinstown, in May 2010.

The Supreme Court said Ann and Christopher Moore were unlawfully evicted on foot of a warrant obtained in “significant breach” of the legal process that should have been followed.

The fundamental value at stake in this case was “the rule of law”, it said.

The house was the Moores’ home until they were evicted in due course of law but they were deprived of their home because a warrant for possession obtained in a fundamentally defective manner was executed.

The manner in which they were deprived of their home was inconsistent with Article 8.2 of the European Convention on Human Rights prohibiting interference by a public authority with the family home except in accordance with law.

Noting Ms Moore accepted it would be inappropriate to seek to return to her former home, the court ruled she was entitled to damages “at the level of principle” to reflect what had happened. The amount will be decided later and the court will consider if rent arrears owed to the Council should be taken into account.

Ms Moore appealed to the Supreme Court after the High Court, while accepting there was no lawful basis for the warrant of possession, exercised its discretion to refuse any relief. Mr Moore was not involved in the Supreme Court appeal.

The Moores had been tenants of the council since 1993 with a history of “significant” rent arrears, the Supreme Court noted. That lead to District Court proceedings over the years and in 2008 the Council got a possession order.

Some engagement between the parties followed but in early 2010 the Council sought a warrant for possession. That lead to various documents being sent by the Council to be signed by a District Court judge in April 2010 and a warrant being executed by the Sheriff in May 2010.

While stressing no criticism could be directed at the Sheriff, the Supreme Court said the eviction was unlawful because it was in breach of District Court ejectment rules of 1999.

Under those legally binding rules, when an order for possession was made more than six months earlier, a warrant for possession could only be issued on foot of an application made to the District Court on notice to the tenant.

The warrant on foot of which the Moores were evicted issued 16 months after the possession order and was also made apparently without anyone paying attention to the rules, which clearly required such an application to be made in court on notice to the tenant, the Supreme Court said.

Ms Moore, during 2010 at least, was paying rent and making efforts to reduce the arrears while a “charitable benefactor” was also offering to make substantial payments designed to entirely pay off the arrears.

Had she been given notice of the Council’s application for a warrant, she would have been able to make a case before the District Court of some possibility of addressing the arrears. In fairness to the Council, there was a past pattern of arrears being built up and only regularised at the last minute after possession proceedings were initiated, the court added.

Depriving a tenant of a hearing resulting from an application on notice was to deprive them of a significant legal entitlement in the context of protection of tenant rights under the Constitution and European Convention on Human Rights in respect of their homes.

For reasons which remained unexplained, there was no attempt to notify the Moores and the circumstances displayed “a significant illegality” in how the warrant was obtained. There were no factors which “would go close” to justifying the court not granting relief, it ruled.