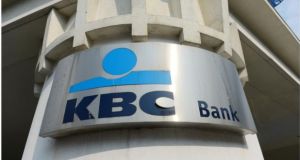 The man is to pay a revised monthly mortgage payment of €1,200 on the home for 10 years and three months up to his 70th birthday.

A 59-year old stonemason who is a married man has secured a €223,000 write-down on his €346,390 family home mortgage as part of a personal insolvency arrangement.

The write-down by KBC Bank has been approved by one of the State’s six personal insolvency judges, Judge Michael Meaghan at Ennis Circuit Court. Earlier this year he granted court protection to the man who had debts from the property collapse totalling €2.3 million.

The judge said at the time the debt burden was the largest he had come across during his time working on personal insolvency cases.

The court protection allowed the man’s personal insolvency practitioner, Jim Stafford, to negotiate with creditors who have voted unanimously in favour of the arrangement at a meeting.

According to Judge Meaghan the mortgage write-down on the family home came with the proviso that he pay KBC a dividend of €15,000 as an unsecured creditor. The judge said the bank is to reduce the term of the mortgage by three years and three months. This coincides with the debtor’s 70th birthday.

According to the arrangement the man is to pay a revised monthly mortgage payment of €1,200 on the home for 10 years and three months up to his 70th birthday.

The judge said he would not have to sell the family home.

He said the man’s natural stone products business collapsed last year and went into liquidation. Due to his low income he was unable to engage in a multiyear payment plan. Instead, he would pay a dividend to unsecured creditors by selling unencumbered property.

A statement of estimated income showed unsecured creditors might expect a dividend of 3.48 per cent and a further dividend of 2.86 per cent from the man’s wife.

The estimated total to be realised from the man’s secured assets is €604,939 and the amount owed to unsecured creditors is €1.98 million.