Jailed nurse who stole €45,000 from patient struck off register 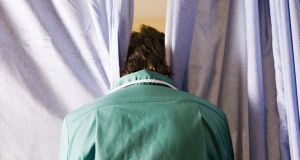 Nurse had sent a letter taking full responsibility for what she did, which she described as totally wrong

A former nursing-home manager who was jailed for 15 months for stealing €45,000 from a patient has been struck off the nurses’ register by the High Court.

Maeve Bell (38) was the clinical manager at Elmhurst nursing home in Glasnevin, Dublin, when she syphoned off money from the “comfort account” of a resident. These are residents’ own accounts and are used to pay for their personal needs.

The Circuit Court heard Bell stole the money by making requests on behalf of the resident to withdraw money from her comfort account.

Bell, formerly of Inniskeen, Co Monaghan and with an address at Shanmullagh, Hackballscross, Dundalk, Co Louth, pleaded guilty to 15 counts of stealing money on various dates between July 2013 and October 2014.

Her house was being repossessed and her husband was out of work, the nurse said

She told gardaí she intended to use the money to pay her mortgage and bills while she was out on maternity leave.

Her house was being repossessed and her husband was out of work, she said.

After she was jailed, the Nursing and Midwifery Board held a hearing, which she did not attend. It recommended her name be removed from the register and brought the matter before the president of the High Court, Mr Justice Kelly.

Bell was not in court and was still in jail in the Dóchas unit of Mountjoy, where she had been informed of the proceedings, the judge was told. She did not object to the application but said she may at some future date apply to be restored to the register, counsel for the nursing board said.

Mr Justice Kelly noted she had sent a letter taking full responsibility for what she did, which she described as totally wrong.

He was satisfied the order sought by the nursing board should be granted.