‘I’m so proud of my progress, I can walk and talk and eat and dance’ 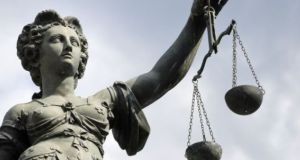 The €3.6 million payment is for the boy’s care needs over the next five years after which the matter will return to court.

A seven year old boy with cerebral palsy has secured an interim €3.6 million payment under a settlement of his High Court action over the circumstances of his birth at Cork University Maternity Hospital (CUMH).

Outside court on Friday, Iarlaith Ó Cinnéide, who the court heard has received an advanced form of physiotherapy, smiled as he told journalists: “I’m so proud of my progress, I can walk and talk and eat and dance.”

The €3.6 million payment is for his care needs over the next five years after which the matter will return to court.

The child has disabilities including a spastic gait but is attending school and has good intellectual ability and insight. He had asked his parents whether the settlement of the case “will mean I won’t have cerebral palsy any more”.

Liam Reidy SC, instructed by Cantillons Solicitors, for the child, secured approval of the settlement, made against the HSE, from Mr Justice Kevin Cross. An earlier €250,000 payment from the State Claims Agency is included.

Counsel outlined the child was born at CUMH on April 3rd, 2012 and the case arose from a brain injury suffered during the course of birth and the second stage of labour and thereafter.

Liability and causation were eventually admitted on June 27th, 2018, he said.

The core claims of negligence included an obstetric consultant should have been called prior to Iarlaith’s birth at 10.40am after a CTG trace indicated issues about 10am. Their case was, had that been done, early intervention would have happened and the child would not have suffered a brain injury, counsel said.

Iarlaith’s mother Deborah Ui Chinnéide told the judge of her efforts to establish what had happened to the child during labour and up to his birth, ultimately leading to an external review.

Despite criticisms in that review of what happened, a defence denying liability was provided the same month and liability was admitted only a year later, she said.

She agreed, after birth, the child received “amazing” care from the hospital’s neonatal team which may have saved his life.

Iarlaith is a “tenacious, very gregarious and loving” child and gets great support from his brothers, Somahirle and Tadhg, she said.

The family have concerns whether the advanced physiotherapy Iarlaith had received will continue as only one person here provides it and she may be retiring soon, Ms Ui Chinnéide added. The physiotherapist is Vera Bohner-Martin, HSE senior paediatric physiotherapist in North Cork.

Approving the settlement, Mr Justice Cross praised the family who had “turned up trumps” for Iarlaith. The boy has made “extraordinary strides”. The judge said CUMH staff did an “amazing” job after the child’s birth in resuscitating him and suggested the delay in admitting liability may be explicable by the need to address indemnity and other issues.

Through his mother, Iarlaith, of Templenoe, Fermoy, Co Cork, sued the HSE over the circumstances of his birth.

Ms Uí Chinnéide became pregnant about July 2011 with an estimated date of delivery on April 3rd, 2012.

At 3am that day, she went into spontaneous labour, was admitted to the CUMH about 6.35am and was reviewed by an obstetric consultant at 8.37am who noted continuous foetal monitoring was necessary.

It was alleged there were various failures in the second stage of labour from around 10am, including to investigate possible maternal uterine rupture, to utilise proper CTG tracing to enable early diagnosis of such rupture, to call for obstetric input after the CTG was “anything but reassuring” and to convert to instrumental delivery shortly after 10am.

The situation required intervention of an obstetrician but none was called until the baby was born at 10.40am in poor condition, it was claimed.

In a statement outside court, Fiachra Ó Cinnéide, the boy’s father, said the settlement marked “the end of a long struggle in getting justice for our son Iarlaith”.

“Unfortunately, it took 6 years, and a court case, for the HSE to admit liability. We have yet to receive an apology.”

Due to his CP condition, Iarlaith “faces challenges every day but rises to each one”, he said. “He is a wonderful, funny child who we love dearly and are so proud of, as we are of our other two boys Somhairle and Tahdg.”

The statement said the settlement is mostly for care and therapy for the next five years. The interim payment was decided upon because, if the case was settled on a full and final basis, Iarlaith could end up being undercompensated as there are still many uncertainties as to his prognosis both physically and cognitively, he added.

Mr Ó Cinnéide thanked his solicitors and all who work with his son, especially his physiotherapist, Vera Bohner-Martin. “Iarlaith can walk today because of her skill and care. We were told he would never walk.”