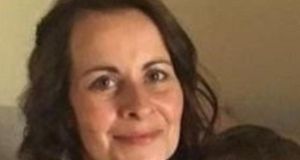 Judge Daly confirmed a letter from a CMH doctor had been furnished to the court and he requested a psychiatric report on the next occasion.

A mother accused of murdering her three young children at their home in Dublin was unable to face a court hearing on Wednesday because she was in the Central Mental Hospital (CMH).

The bodies of Deirdre Morley’s sons Conor (9) and Darragh (7), and her daughter Carla (3) McGinley were discovered in their home at Parsons Court in Newcastle, just before 8pm on January 24th last.

Ms Morley was remanded in custody by Dublin District Court on January 29th, with an order that she would receive a psychiatric assessment while in prison after she was charged with three counts of murder.

She was too unwell to be brought to court for her subsequent hearing a week later and the case had been adjourned until Wednesday.

Ms Morley (43), a nurse at Our Lady’s Children’s Hospital, Crumlin, in Dublin, was due to appear at Dublin District Court on Wednesday but again she could not come to court.

Defence solicitor Jonathan Dunphy told Judge Colin Daly there was a sick-note from the CMH, in Dundrum. There was consent to a four-week adjournment.

Judge Daly confirmed a letter from a CMH doctor had been furnished to the court and he requested a psychiatric report on the next occasion.

The case was adjourned in her absence until April 1st next.

The district court cannot grant bail in a murder case.

Ms Morley was found by a taxi driver near her house shortly before the children’s bodies were discovered. She was treated for days at Tallaght University Hospital before she was charged.

The children’s father Andrew McGinley arrived home at the same time gardaí and paramedics reached the house and when they went inside they found the three children dead.

“She made no reply in response to each of the charges and was handed a copy of charge,” Det Sgt Dara Kenny had said at Ms Morley’s first hearing on January 29th, five days after the death of her children.