Family court: CCTV used by husband to spy on wife 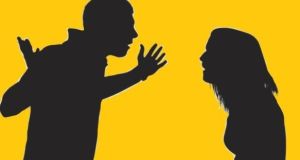 A man installed CCTV cameras in every room in the house, including the bathroom, to enable him to spy on his wife, a District Family Court in a rural town heard yesterday.

A social worker report to help in a decision about access to the estranged couple’s child, said the father was “showing signs of parental alienation syndrome”, a condition in which one parent tries to turn a child against the other.

The couple had met in the town through work, and developed a relationship, the court heard. The man began using a prescribed drug for back pain, and alleged his wife was stealing and consuming it. The woman, not originally from Ireland, said she only drank it to numb herself when he demanded sex.

The man installed cameras “in every room and crevice” in their home so he could observe his wife, “even while she was having a bath”.

The couple split up and the court made an access order, with the mother having custody Monday-Friday and the father having weekends.

The report said the father made unfounded abuse allegations and the child was afraid to say good things about his mother, for fear of his father’s anger.

“The son speaks of wanting to kill his mother in order to please his father,” the report said. It made recommendations about parenting courses, psychological assessments and support from a children’s charity.

The woman’s solicitor said his client was attending the charity and the parenting course.

The man denied ever speaking badly of the woman. He said he was arranging an appointment with the charity.

The judge ordered the man to provide written evidence of his arrangements with the charity and adjourned the case to April.