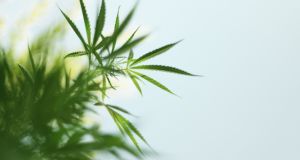 Woman told gardaí that she suffered from arthritis and that she found the cannabis was helpful for the condition. Photograph: iStock

A 46 year old woman who set up a cannabis growhouse in order to make cannabis oil for her arthritis ended up producing a first crop of the drug that was so rotten she could not give it away, a court has heard.

Avril Smith pleaded guilty at Cork Circuit Criminal Court to possession of €27,000 worth of cannabis herb and to cultivating 33 mature cannabis plants with a street value of €26,000 at a house at Ballyviniter Lower in Mallow on 19th November 2018.

Det Garda Will Hosford of the Mallow District Drugs Squad said that, when gardaí raided the house, they found 33 mature plants, along with a quantity of cannabis herb, and Smith took full responsibility for both when questioned about them.

She told gardaí that she suffered from arthritis and that she found the cannabis was helpful for the condition. She said her plan was to turn the drug into cannabis oil to treat her arthritis and she went through the entire oil production process with gardaí.

However, she told gardaí that the cannabis herb from her first crop did not prove to be successful and quickly began to rot and in fact, it looked off-colour, said Det Garda Hosford. He said Smith told gardai that she could not give it away nor could she even smoke it herself it was so rotten.

Det Garda Hosford said that Smith was upfront and honest with gardai from the outset about the drugs and they found no evidence of any of the other equipment such as weighing scales or packing equipment associated with drug dealing.

Judge Sean O Donnabhain said he accepted the garda evidence regarding their belief that Smith was not involved in drug dealing and he noted that the harvested drugs found on the premises had passed their sell by date.

He said in all the circumstances including Smith’s guilty plea and the fact she had no relevant previous convictions, he believed a deterrent sentence rather than a custodial sentence was appropriate and he gave her a two year suspended sentence.