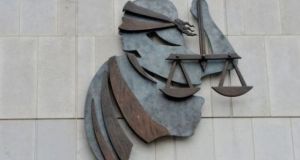 Paul Crosby (23) of Rathmullen Park in Drogheda, Co Louth, is on trial for the attempted murder of Gerard Boyle in 2016.

A man who was stabbed 28 times before he escaped from the boot of a car that was pushed into a canal has told the Central Criminal Court that he lied to a jury last year because he was “nervous and scared”.

He also told the jury that he had lied to gardaí when he said he had not received a threat before the incident, when phone records later showed that he had received one on the day of the attack.

Paul Crosby (23) of Rathmullen Park in Drogheda, Co Louth, is on trial for the attempted murder of Gerard Boyle (33) at Knockcommon, Beauparc, Slane, Co Meath on November 10th, 2016.

Mr Crosby is also charged with falsely imprisoning and intentionally or recklessly causing serious harm to Mr Boyle on the same occasion.

Mr Crosby has pleaded not guilty to all counts.

On Thursday, Patrick Gageby SC, prosecuting, told the jury it’s the prosecution’s case Mr Boyle, Mr Crosby, and another person were in a Volkswagen Passat on the night of November 10th, 2016.

Mr Gageby said while Mr Boyle was driving, Mr Crosby, who was sitting in the backseat behind Mr Crosby, started stabbing Mr Boyle in his shoulder, neck and back of his head.

Mr Gageby also said after the car was stopped, Mr Boyle was “curled up in a ball” on the ground before ending up in the boot of the car which was later put into a canal near the Battle of the Boyne site.

On Friday under cross-examination, Brendan Grehan SC, for Mr Crosby, put it to Mr Boyle that he had changed “his story” since a previous trial last year.

Mr Grehan said Mr Boyle changed his position on whether he had received any threats before the incident and changed his explanation for the meaning of a series of notes on his phone.

Mr Grehan told the jury Mr Boyle had a series of numbers such as “65X2” in notes on his phone.

Mr Boyle said this represented a length of wood but couldn’t say whether it represented metres, feet or inches.

Mr Grehan put it to Mr Boyle that last year, he said he didn’t know what the figures related to.

Mr Boyle said: “I was nervous and scared last year.”

Asked if he was nervous about lying, Mr Boyle said: “No, about having to speak up here and tell everything.”

Mr Grehan put it to Mr Boyle: “You told lies to the jury last year.”

When asked by Mr Grehan if he was lying this year, Mr Boyle said he was not.

Mr Boyle told the court these names and figures were in relation to a five-a-side soccer team and represented money the players owed him.

Mr Grehan put it to Mr Boyle that last year he told a jury he didn’t know what the figures represented.

Mr Grehan, who likened the list of names and figures to a ‘tick list’, said: “You lied last time under oath to a jury and now this time you’ve come up with a silly explanation about decimal points. It’s total nonsense.”

Mr Grehan also put it to Mr Boyle his phone messages “made a liar” of him as they showed he had received a threat on the very same day of the incident despite telling gardaí at the time of the incident that he hadn’t received any threats.

Mr Boyle said he didn’t think it was relevant at the time.

He also said: “That wasn’t the person that stabbed me.”

Mr Boyle agreed with Mr Grehan when he put it that the issue of threats was brought up by the gardaí.

Asked by counsel if he had “lied to the gardaí”, Mr Boyle responded: “Yes.”

Mr Boyle told Mr Grehan that, immediately after the incident, he didn’t tell gardaí the names of two other men he later alleged were involved because he was “afraid” they would harm him.

Mr Grehan put to Mr Boyle that he had “no difficulty” in naming Mr Crosby.

Mr Grehan suggested Mr Boyle was “killing two birds with one stone” by being able to give gardaí an explanation for what happened and because he had a “beef” with Mr Crosby over the broken windows in March 2016.

Mr Boyle said: “I didn’t say Paul Crosby for nothing, it was him who did it. I named Paul Crosby because it was the truth.”

Garda Karl Mannion told the jury that while Mr Boyle was in Our Lady of Lourdes Hospital in Drogheda, Co Louth, on the night he was stabbed, Mr Boyle told him that he was stabbed because he was a “rat” and had previously made a statement about a separate matter.

Garda Mannion said Mr Boyle told him that night, while he was driving, Mr Crosby pulled Mr Boyle’s hood through the headrest and started to stab him.

The trial continues on Tuesday before a jury of nine men and three women, with Ms Justice Carmel Stewart.