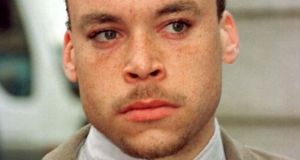 The jury foreman in the trial of a man accused of murdering two women eighteen years ago, has been excused.

Mark Nash, who had last addresses at Prussia Street and Clonliffe Road in Dublin, has pleaded not guilty at the Central Criminal Court to the double murder of Sylvia Shields (59) and Mary Callanan (61) who lived in sheltered accommodation, in a house attached to St Brendan’s Psychiatric Hospital in Grangegorman, Dublin between March 6th and March 7th, 1997.

The foreman of the jury on Tuesday asked Judge Carroll Moran to excuse him from jury duty for one day next week as he would be taking an aptitude test, with aspirations of joining An Garda Síochána.

After lunch Judge Carroll Moran informed the court there had been a development in the case and it had arisen because the jury foreman said he wanted a day off next week to go to a Garda assessment.

Speaking to the foreman, Judge Moran said: “This causes us a bit of a problem, I know you didn’t appreciate this at the time, but there will be an issue in the case about Garda witnesses and the credibility of the guards.”

“Nobody has suggested that you would not be in a position to make an objective decision but the perception is all incumbent when it comes to a criminal trial and the perception would be that as an aspiring member of An Garda Síochána, you wouldn’t be as impartial, that might have no basis in reality. Unfortunately I have to excuse you from the jury” said Judge Moran.

Then the jury of eleven proceeded to elect another foreman after Judge Moran outlined to the court, the two functions of a foreman, which were to speak on behalf of the jury and sign the issue statement at the end of the case concerning whether the accused was found to be guilty or not guilty.

Mr Reidy wasn’t on duty on Saturday August 16th 1997 but he received a call to come into the station and took up duty.

Mr Reidy and Detective Garda O’Donnell began to interview Mr Nash about the serious assault of a Sarah Jane Doyle in Roscommon on August 16th in 1997, and Mr Nash was officially cautioned.

During the course of the interview Mr Nash received a visit from Dr Ciaran White and afterwards the two guards re-entered and resumed the interview.

Mr Reidy told the court: “Mr Nash said he wanted to talk to us about the Phibsborough incident, he said a few months ago he was on his way home from Dublin city centre to Stoneybatter and broke into a back window of a house and stabbed two women.”

A note was made in relation to this particular matter and the memo was shown to the court.

The interview resumed at 9.25pm that evening and Mr Reidy read the passage from the memo to the court which was signed at the time by the accused.

“About three months ago I was walking home and I stabbed two women in their sleep, my mind was disturbed at the time, you have to understand that. I have had this memo read over to me and it is correct” read Mr Reidy.

At 9.50pm the interview was terminated and Mr Nash was brought to hospital to get a slight wound to his head dressed.

On Sunday afternoon, Mr Nash was remanded to go from Mill Street Garda Station in Galway to Mountjoy Prison in Dublin and was escorted by Det Garda Reidy, Garda Duffy and Garda Barrett.

Mr Reidy told the court that as they neared Dublin city, Mark Nash said he wished to point out the house where he murdered the two women.

The court heard from Mr Reidy that Mr Nash had given directions from Infirmary Road in Dublin onwards and pointed out Orchard View as the house where he allegedly committed the two murders.

“He also pointed out a house which had black double gates and a man had been standing there on the night, except the gates were open on the night” said Mr Reidy.

Mr Hugh Hartnett SC for the accused cross examined Mr Reidy, asking him was he aware that the doctor had advised that the laceration to Mr Nash’s head should be sutured?

“I wasn’t aware. I didn’t witness the wound. My purpose there was to make sure the prisoner didn’t escape” said Mr Reidy.

Mr Hartnett told the court at 9.25pm on August 16th 1997 the doctor advised the prisoner to be taken to hospital for treatment for a cut to his head.

“I can’t say for definite. There could have been. I can’t remember seventeen and half years ago” replied Mr Reidy.

“Were you ever curious as to why the prisoner was asking for a doctor” asked Mr Hartnett.

“There was a wound to his head I saw that” replied Mr Reidy.

“Did you make an inquiry?” asked Mr Hartnett.

“It can be very easy for a witness to retreat into a situation where they can’t recollect” added Mr Hartnett.

Retired Detective Garda John O’Donnell was the final witness of the day and was on duty on August 16th 1997. Mr O’Donnell told the court he was aware Mr Nash had been arrested for the assault on Sarah Jane Doyle the previous night in Roscommon and also how a Carl and Catherine Doyle had been stabbed to death,

Mr O’Donnell told the court how he had been present with Mr Reidy for the interview with Mr Nash.

Under cross examination, Mr Patrick McGrath SC appearing for the accused said it struck him as “very unusual” that following this, a senior officer from another district comes to look over the notes and inquire about the circumstances.

The court heard that Mr O’Donnell’s dealings with Mr Nash were confined to the evening of Saturday August 16 1997.