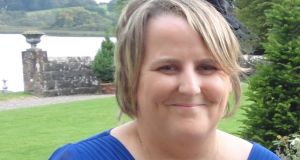 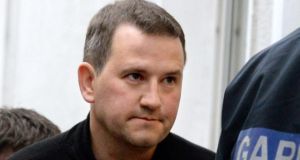 Counsel for Graham Dwyer has this afternoon said two condoms were found at the scene where Elaine O’Hara’s remains were discovered.

Childcare worker Ms O’Hara (37), from Killiney in Dublin was last seen at about 6.15pm on August 22nd, 2012, near Shanganagh cemetery in south Dublin, where her mother is buried.

Her remains were found in undergrowth more than a year after her disappearance by a woman walking her dog at Killakee, Rathfarnham.

Earlier this morning, the jury heard an opening submission from prosecuting barrister Seán Guerin SC, who alleged Mr Dwyer (42) was engaged in a sexual relationship with Ms O’Hara which featured acts of stabbing for the purposes of sexual gratification.

The prosecution outlined its case against Mr Dwyer which centres on the accused’s alleged desire to stab a woman to death.

Barrister Ronan Kennedy, for the defence, made enquiries about condoms being discovered at the scene during cross-examination of Detective Sergeant David Conway, who is attached to the Garda Technical Unit.

This afternoon’s evidence featured testimony from the Garda in relation to mapping of the greater Dublin area, and the distances between certain points considered to be pertinent to where the remains of Ms O’Hara were discovered.

Photographs taken by gardaí from September 14th to September 18th, 2013, including of Ms O’Hara’s remains, were also shown to the jury.

Det Sg Conway said a bag had been found near the area containing grey trousers, a pair of denim shorts, and waterproof clothing. He said he had no recollection of two condoms being found, but did not rule out the possibility that they had been.

“Would you not have remembered that, particularly if there was semen inside?” asked Mr Kennedy.

“If it’s a case there were condoms found, would you not have been asked to photograph them?” he added.

“A number of photographs were taken,” said Mr Conway, who added he would have to review them.

Mr Dwyer, a father of two from Kerrymount Close in Foxrock, Dublin 18, was arrested in October 2013. His defence team is led by Remy Farrell SC and the prosecution is led by Seán Guerin SC.

1 Coronavirus: One case confirmed in Northern Ireland
2 Coronavirus: reinfection discovery may be blow to vaccine hopes
3 Orange weather alert issued as Storm Jorge set to batter Ireland
4 5,000 people from 135 countries to become Irish citizens next week
5 Predictions of ‘skin and hair flying’ as FG selects 13 of up to 60 Seanad hopefuls
Real news has value SUBSCRIBE