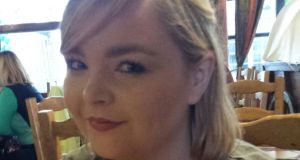 Lauren Johnson had been suffering from persistent headaches in the weeks leading up to her death, Dublin Coroner’s Court heard.

A 23-year-old woman developed a blood clot and died weeks after starting to take the contraceptive pill, an inquest heard.

Friends concerned for Lauren Johnson from Castle Grove in Swords, Co Dublin found her semi-conscious in bed at home on September 3rd, 2015. She died due to a blood clot and associated haemorrhage in the brain at Beaumont Hospital four days later.

Ms Johnson, known to her friends and family as ‘Rosy’, had spent a year in Japan and was working as a Japanese translator in Dublin.

She had been suffering from persistent headaches in the weeks leading up to her death, Dublin Coroner’s Court heard. Her parents were away in Portugal when she became ill.

She visited her local GP in Swords on September 1st, 2015, two days before she was hospitalised, complaining of headache and visual disturbance. “She complained a lot about this headache that wouldn’t go away,” her friend, Kevin Gannon, said.

He became concerned when he got no reply to his texts and calls. “We talked every day,” he said.

On September 3rd he found Ms Johnson in bed at her house. “She was groggy and couldn’t string a sentence together,” Mr Gannon said. An ambulance was called.

There was a packet of paracetamol with 16 tablets missing at the house. Family members said she had been taking paracetamol for her headaches.

Paramedics rushed the woman to the Beaumont Hospital. On a handover sheet for hospital staff they wrote “query overdose”.

She was admitted with a suspected paracetamol overdose at 1.35pm on September 3rd.

She was triaged as a “category two” patient meaning she had to be seen by a doctor within 15 minutes.

Dr Farah Mustafa saw Ms Johnson at 1.50pm and said the patient was tearful and drowsy but her vital signs were normal. She ordered a blood test and a review by a psychiatrist.

At 6.50pm, the psychiatrist approached the doctor, having spoken to Ms Johnson’s friends waiting in the emergency department.

“When he expressed concern that she hadn’t seen psychiatric services in Beaumont before, that made me concerned,” Dr Mustafa said.

A CT scan and further tests revealed a blood clot in the brain. Ms Johnson’s parents, Brian and Sandra Johnson, were called to return to Dublin.

“We saw Lauren in the ICU. She was weak and uncoordinated. They were doing more tests,” Mr Johnson told the court.

Despite efforts to save her life, Ms Johnson died on September 7th. She developed a blood clot that entered the brain through the jugular vein and associated haemorrhaging. It is a very rare condition, according to consultant neurologist at Beaumont Hospital Dr Lisa Costello, who said she saw only two or three cases a year.

The woman’s mother, Sandra Johnson, said there was a higher risk associated to the particular brand her daughter was taking and asked for further evidence. Coroner Dr Myra Cullinane adjourned the inquest for additional pharmacological evidence.

“The passage of time does not make your loss any easier, but you want to leave this court feeling that the issues you raised were dealt with,” Dr Cullinane said.

The inquest will resume at a date yet to be scheduled.