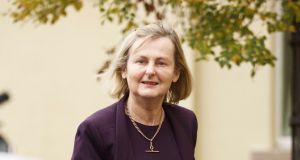 The inquest was conducted in Ballina courthouse by the coroner for North Mayo, Dr Eleanor Fitzgerald. Photograph: Keith Heneghan

Cockpit video evidence showed that a 59-year-old pilot was “incapacitated” when his microlight aircraft departed from straight and level flight and plunged to the ground near Ballina, Co Mayo last May, an inquest has been told.

The hearing on Thursday into the death of Michael McCarrick, an ESB employee from Belleek, Ballina, was told that the impact was not survivable due to severe damage to the aircraft structures and extreme traumatic injuries to the pilot.

Mr McCarrick, who had taken off from Lough Conn Airfield, Cloghans, Ballina, had installed a forward-facing camera in the cockpit of the microlight and this, along with other evidence, indicated he had slumped forward and had no control of the aircraft at the time of the impact.

A subsequent postmortem examination indicated it was very likely the pilot was unconscious at the time of impact.

Dr Fadel Bennani, consultant pathologist at Mayo University Hospital, said that a postmortem on the pilot showed evidence of an old myocardial infarction, a past heart attack.

Dr Bennani said Mr McCarrick had suffered what he described as “a transient loss of consciousness”. One of the causes of this is ischemic heart disease.

In response to a question from a member of the McCarrick family, Dr Bennani said that in his opinion ischemic heart disease caused the loss of consciousness.

Howard Hughes of the Air Accident Investigation Unit (AAIU) told the hearing – which was conducted in Ballina courthouse by the coroner for North Mayo, Dr Eleanor Fitzgerald – that the primary source of evidence indicating that the pilot became incapacitated was obtained from a compact video recorder recovered at the accident site.

Prior to the accident, Mr Hughes explained, Mr McCarrick is observed operating the aircraft normally and is then observed becoming unconscious and slumping forward with his eyes closed, as the aircraft departed from straight and level flight, and nosedived until it impacted terrain 27 seconds later.

Mr Hughes said the aircraft had been recently inspected prior to the crash and was found to be airworthy. Also, Mr McCarrick was a most careful and meticulous aviator was suitably qualified and licensed, the AAIU official noted.

The inquest jury returned a verdict of accidental death due to multiple injuries.

1 California shuts down again as US coronavirus cases surge
2 US passengers fly into Dublin: ‘I’m here for six days. I guess I’ll have to stay inside’
3 Maureen Dowd: Biden has his limitations but he’s no Trump
4 Covid-19: 200 to 250 people arriving in Ireland from US daily - Coveney
5 Travel rules unlikely to include mandatory quarantine or cancelled flights
Real news has value SUBSCRIBE