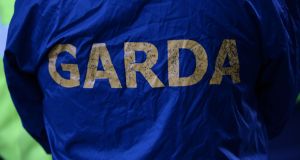 The most senior investigating garda involved in the case said ‘this is the most horrific assault case that I have ever investigated’. Photograph: Frank Miller

A 21-year-old man who assaulted a 10-week-old baby leaving her with catastrophic and life-changing injuries has been jailed for 11½ years.

The man, who cannot be named for legal reasons, was minding the infant when he assaulted her at an address in Co Louth in 2017.

He pleaded guilty to intentionally or recklessly causing serious harm.

He told gardaí that the baby had been screaming and crying. He changed her and fed her but she continued crying.

The defendant told gardaí “something in me just snapped”, Dundalk Circuit Criminal Court heard. He said he had punched her in the leg, held her by the arm and shaken her and had thrown her at a sofa.

Kevin Segrave, for the prosecution, outlined a series of injuries that were subsequently found. She had a number of skull fractures, rib fractures, a displaced femur fracture and a fracture to the front of her pelvis.

Due to a prolonged lack of oxygen to the brain, she had suffered a brain injury. She is also blind. She needs a wheelchair and will have a high level of disability for life, the court heard.

In a victim impact statement, her mother said that her perfect daughter had been taken from her.

Referencing her loss of sight, she said that her daughter’s last sight was the accused assaulting her. “I grieve for the child she was,” she said.

Seamus Clarke, defending, handed in a detailed psychological report on the defendant and said his client told gardaí that he was very ashamed of what he had done and was sorry for what he had done.

He had, the court heard, suffered developmental trauma as a young child. Because of his background he could be impulsive and had difficulty regulating his emotions.

Passing sentence Judge James McCourt said it was “an appalling attack by a grown man on a defenceless infant”. He said the baby had suffered “catastrophic and life-changing injuries” at the hands of the man.

In determining the sentence the judge took into account the man’s guilty plea, his remorse, his age at the time and his traumatic early years.

He imposed a sentence of 12½ and suspended the final 12 months on his entering into a good behaviour bond for 10 years.

Speaking afterwards, the most senior investigating garda involved in the case said, “This is the most horrific assault case that I have ever investigated.”

He also acknowledged, “the work of the investigation team who have dealt with this in a professional manner in what is a very distressing case”.