Jury urged to stick with trial despite coronavirus 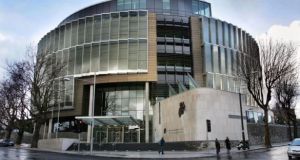 Speaking to the jury in the Dublin Circuit Criminal Court trial on Friday, the judge said she was “completely aware” of the stresses and difficulties the jurors may be experiencing.

The jury in the trial of a childcare worker accused of sexually assaulting four girls in a Leinster creche has been urged to stick with the case despite the coronarvirus outbreak.

Judge Elma Sheahan told the jury of seven men and five women that the Courts of Criminal Justice will be a lot less crowded next week and they will have more space while eating their lunch.

She made the comments after it was announced that no new jury trials will be commencing in criminal courts for two weeks as a result of the coronavirus outbreak. Ongoing criminal trials are to continue to their conclusion.

Speaking to the jury in the Dublin Circuit Criminal Court trial on Friday, Judge Sheahan said she was “completely aware” of the stresses and difficulties the jurors may be experiencing.

“Things are not easy for anybody,” the judge said.

“But these are most important matters and you’ve given them your full attention for the last five weeks. I’d ask you to stick with us for the next week in terms of dealing with the matters.”

The judge said there would be a lot less people attending courts from Monday. “There won’t be the crowds that have been here,” she said. She urged them to let her know if she could facilitate them in any way.

The trial of the 29-year-old man is set to conclude next week, with closing speeches expected on Monday, the jury was told.

No evidence was heard in the case on Friday.

The man is accused of 23 counts of sexually assaulting four girls at a Leinster creche on dates between February 2015 and December 2016, when they were aged between five and eight years old. He denies the charges.