Galway charity to receive €65,000 worth of counterfeit sports clothing 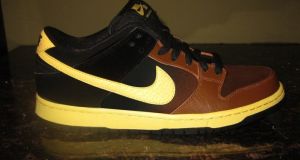 An authentic Nike runner. The seized counterfeit Adidas and Nike tracksuits and runners have been donated to the St Vincent de Paul Society against the wishes of the two sports clothing giants.

A Galway charity is to receive an estimated €65,000 worth of counterfeit sports clothing in time for Christmas after a street trader was caught red-handed with the items in the back of his van.

The tracksuits and runners, which carry counterfeit Adidas and Nike logos, have been donated to the St Vincent de Paul Society in time for Christmas – against the wishes of the two sports clothing giants which want the goods destroyed.

Garda Mark Kelly, who found the goods, asked Judge Rory McCabe at Galway Circuit Criminal Court to make an order directing the goods be donated to the charity as it would be a waste to have them destroyed.

The judge said the goods should go to charity, adding: “Nike and Adidas have plenty of money.”

Casual trader Eddie Ward (43), of St Finbarr’s Terrace, Bohermore, Galway, had earlier pleaded guilty to the fraudulent application of trademarks at Bóthar na dTreabh on March 16th, 2017, by having in his possession 34 boxes of footwear and several tracksuits all purporting to be Adidas goods, as well as several pairs of Nike runners and tracksuits, each bearing trademarks which he was not entitled to use.

Ward told Garda Kelly he had paid €1,500 to a man in Manchester for a “job lot” of sports goods and he claimed he didn’t know they were counterfeit.

The judge imposed a fine of €7,500 on Ward payable within the next 12 months.