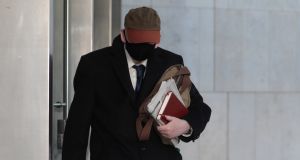 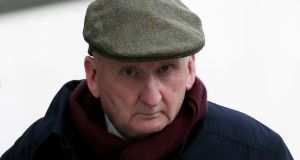 A former rugby coach and teacher at a Dublin private school abused 23 students on the grounds of the school, a court has heard.

John McClean (76) abused the boys between 1973 and 1990 while he worked for Terenure College. He left the school in 1996 after certain allegations were made and took up a role coaching rugby with UCD.

Dublin Circuit Criminal Court heard that the first complaint to gardaí ­ in this case was made in 2016.

McClean assaulted several of the victims under the guise of fitting them for costumes for plays he produced in the school.

He also abused boys he brought to his office after they had gotten into trouble in class. One such victim was the younger brother of another victim.

The court heard that some of the victims believed they were either not selected for or dropped from the school rugby team as punishment for challenging him over his sexual abuse of them.

McClean, of Casimir Avenue, Harold’s Cross, Dublin, pleaded guilty to 27 charges of indecently assaulting the boys at Terenure College in Dublin on dates between 1973 and 1990. Further charges are being taken into consideration.

The accused had denied all offences when interviewed by gardaí ­ and three trial dates were fixed before he finally pleaded guilty in November 2020.

At a sentence hearing on Wednesday, the court heard evidence regarding the abuse of 15 of the 23 victims.

Paul Murray SC, prosecuting, told the court that McClean was an English teacher at Terenure College between 1966 and 1996. He also worked as a rugby coach in the school and was involved in costume fitting for school plays until around 1979.

Mr Murray said that from the early 1980s, McClean was the first year “form master” and had his own office.

He said the first complaint was made in 2016, but no prosecution was made at that time. In subsequent years a number of other complainants have come forward and there are now 23 complainants in this case.

Counsel said that some allegations were made in 1996 at which point McClean left Terenure College.

In a victim impact statement read before the court, one of the victims said he hopes a landmark will be built on the grounds of Terenure College as an acknowledgement of the past. He said such a gesture would go some way to healing the victims and their family members.

Another victim said that two past pupils who have since died told him they wished every boy who attended the school would receive justice.

A third victim stated that the abuse he suffered “was not opportunistic event but the cold calculated actions of an odious man”.

A victim who was repeatedly abused by McClean said that the abuse sent him down a road of self-destruction and that his mother would sometimes call him “the devil”.

“John McClean you mean nothing to me, you are evil personified,” this man told the court.

He said his mother was wrong all those years and that he is not the devil, he “just crossed paths with the devil at Terenure College”.

The sentencing hearing continues on Thursday before Judge Pauline Codd when the court will hear evidence regarding the remaining eight victims.

Inspector Jason Miley told Mr Murray that the first victim was aged 12 when he was abused on a date in the 1970s. McClean called the boy to the front of the class and pulled him against his legs and penis.

Inspector Miley said McClean began abusing a second boy began when he was aged 14 in 1974 and the abuse continued until 1976.

McClean, who was the boy’s English teacher, detained the boy after class on numerous occasions. After time McClean’s hand began to “wander” and he groped the boy’s genitals.

The boy was later brought to a lecture hall by McClean who told him there was a part in a play for him as a female character and there was a dress he wanted him to try on.

McClean told the boy to take off his clothes, but the boy managed to escape the room while the accused was distracted talking to another man.

A third boy was aged about 13 when he was abused by McClean. The boy had been injured playing in a soccer tournament for the school and was told by his geography teacher that McClean had requested to meet him in a small school room.

McClean asked him how his injury was, told him to take down his trousers and began massaging his leg. During this, he brushed his hand against the boy’s genital area.

A fourth boy was aged around 15 when he was abused by McClean. His classmates had been playing with a tennis ball which he hid in his trousers when McClean arrived.

A fifth boy was aged around 13 when he took part in a school play as a female character. He arrived late one day and was putting on his costume on his own in a changing room when McClean came into the room.

A sixth boy was about 14 when McClean asked everyone involved in a school play to make themselves available for a costume fitting. The boy was told to strip to his underwear and put on the costume, after which McClean used the opportunity of making adjustments to touch the boy’s genitals.

The boy told the principal at the time about the incident and McClean was removed from costume-fitting duty. McClean was, however, appointed as first year “form master” one or two years after this incident.

A seventh boy was about 14 when he was summoned to McClean’s office who told him he wanted to talk about his performance that year. The boy explained that his work had been affected by his home life being difficult and the accused said he understood.

The boy was called back to his office the following day where McClean hugged the boy, touched his backside and touched between his legs. He said the boy needed to be punished the next day.

An eighth boy was around 12 when he was brought to McClean’s office where he was hit on the buttocks by McClean who used several rulers tied together. Afterwards McClean wiped away the boy’s tears, embraced him and touched the boy’s buttocks.

A ninth boy was around 17 when McClean offered to give him extra tuition after school. The boy was punished every time he got something wrong by being hit with a ruler, initially on the hand, but things progressed until McClean was hitting the boy on his bare backside.

McClean told him that the “reward” for getting things right was that the boy could hit him with a ruler, which the victim remembered doing on the man’s bare backside. He also remembered McClean rubbing his behind while they were face to face and naked from the waist down.

The victim said he believed he reported the incident in 1996, but Inspector Miley said gardaí ­ could not figure out if he had made a statement or not. McClean ceased teaching at the school in 1996 and began working as a rugby coach in UCD.

A tenth boy was aged around 12 when he went over on his ankle during rugby training. McClean told him to go to the treatment room so he could examine it.

McClean initially began examining the boy’s ankle, but he then moved his hand towards the boy’s groin. The boy slapped his hand away and hobbled out of the room.

An eleventh boy was aged around 12 when McClean asked him to stay behind for a costume fitting for a school play. McClean put a hand down the boy’s trousers, pulled him into his lap and fondled the boy’s genitals.

A twelfth boy was abused twice by McClean during his time at the school. On one occasion McClean told the boy to get into costume so he could examine the fitting, then groped the boy’s penis and buttocks.

McClean asked the boy to remove his underwear and continued to grope the boy. The victim remembered McClean standing behind him.

On a later occasion the boy was in a changing room when he was assaulted. McClean pulled him into his lap, groped the boy’s crotch and rubbed his own crotch into the boy’s rear.

A thirteenth boy, who was the younger brother of the previous victim, was aged around 12 when McClean began abusing him. McClean abused the boy on numerous occasions, taking the victim to is office whenever he had misbehaved in class and groping him.

McClean later arranged for the boy to serve detentions after school on Wednesdays. He would sexually abuse the boy during these detentions while also smacking the boy’s behind.

While the boy was stretching, McClean put his hand inside the boy’s trousers. The boy had to grab McClean under his arm to get his hand out of his trousers.

A fifteenth boy was aged around 12 when McClean brought him to his office after he had gotten into trouble for talking in class. McClean asked the boy if he knew how serious this was and said the boy could be expelled.

The boy began crying and McClean hugged him before proceeding to grope him. The boy tried to pull away but was unable to do so, eventually being told that he could go back to class.