Charity director who stole more than €1.1m jailed for 18 months 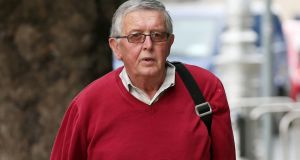 A former charity director who stole more than €1.1 million from a voluntary organisation and from friends and family has been jailed for 18 months.

He affirmed further signed guilty pleas to four thefts totaling €150,000 from Bank of Ireland, on dates in February and March 2015.

The Carline Learning Centre thefts of €280,000 came to light when a staff member noticed discrepancies in the accounts when signing off on them before retirement.

Detective Garda Padraig Jennings revealed that Walsh had been director and treasurer of the Clondalkin-based charity for disadvantaged young people.

The court heard he misappropriated funds to pay the charity’s tax bills by lodging the cheques into his own account before making direct debit payments on Revenue’s online system. The father-of-four has no previous convictions.

Det Gda Jennings told Diana Stuart BL, prosecuting, that Carline Learning Centre still had an outstanding bill to Revenue as a result of the misappropriated money. The detective said it had only managed to stay afloat through public support.

He agreed with Patrick McGrath SC, defending, that gardaí­ thought they would be investigating the Carline matter only, when Walsh revealed details of the other injured parties.

Det Garda Jennings said these included friends who gave Walsh money to invest on their behalf while he acted as their bookkeeper. In each case, Walsh repaid the parties what they thought were dividends on their investments. He said in other cases, Walsh acted as tax agent to friends and to his nephew, who would give him money for Revenue.

The detective revealed that in many cases the funds received from individuals were not forwarded to Revenue, but used to pay the tax bills of other injured parties. He said these injured parties had suffered Revenue implications as a result.

The court heard Walsh’s nephew was at a loss of €10,000, because tax owed on rental income was not forwarded to Revenue.

Another man, the only injured party to make a victim impact statement, lost €14,138 through Walsh acting as his tax agent.

This man described how his pregnant wife called him after she had opened their door to a sheriff, while he was working abroad. The man said he had to pay a goodwill gesture to hold off Revenue until he found out what was going on.

He said Walsh told him over the phone “I’m very sorry, I’m in a bad place.”

The man said he could not pay his mortgage or feed his family as Revenue had frozen his bank accounts.

He revealed he was now in heavy debt just when he thought he was getting back on his feet with his business.

Detective Garda Tyrone Houlihan told Ms Stuart that two brothers had initiated civil proceedings against Walsh for the €150,000 business debt he owed them.

The detective said to discharge this debt, Walsh wrote cheques from an empty Ulsterbank business account to his Bank of Ireland trading account. Walsh then transferred the amounts to the brothers.

Judge Codd said the aggravating factors in the case were the multiplicity of offences, the breach of trust, the duration of the offending conduct, his concealing of the crime, the revenue implications the thefts had on several victims and the amount of money taken being in excess of €1 million.

She said the mitigating factors were his guilty plea and co-operation with the investigation, his attempts at making restitution, his previous good character, his loss of reputation, his age and his serious health issues.

Judge Codd commented that Walsh seemed to started out on these crimes out of greed and that a need to cover his tracks ensured the continuation of his offending.

She rejected an application by the defence to allow Walsh to only begin serving the sentence in the new year, making reference to the numerous delays in sentencing.