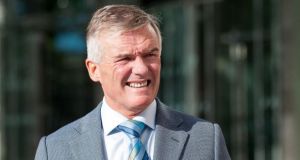 Mr Callely, of St Lawrence’s Road, Clontarf, had been due to stand later this month after being sent forward from the District Court on charges relating to using invoices as false instruments for receipt of expenses for handsets and equipment, under the Oireachtas members direct purchase mobile phone scheme.