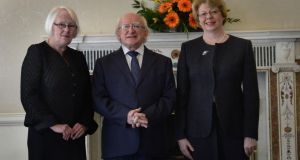 Some 149 people applied for a single vacancy on the District Court last year, new figures show. The annual report of the Judicial Appointments Advisory Board also reveals that women were much better represented among applicants to the Circuit and District Courts than the High Court.

The board receives applications for positions on the bench and sends a list of candidates who meet minimum eligibility criteria to the Minister for Justice, leaving the Government discretion to choose its nominees.

The board, established in 1995, does not rank applicants by merit and the annual report shows it has never interviewed candidates. Momentum is growing for an overhaul of the judicial appointments system and a review is ongoing in the Department of Justice.

The advisory board’s annual report shows that 149 lawyers applied for the District Court vacancy left by the retirement of Judge Patrick McMahon in April last year. Of these, 131 were solicitors and 18 junior barristers. When the board advertised two other District Court posts, following the resignation of Judge Heather Perrin and the retirement of Judge Mary O’Halloran, 146 lawyers applied, including 125 solicitors.

The report does not state how many names the board forwarded to the Government for any vacancy. It shows that the board met twice to consider five appointments to the High Court in 2013. When, in January, it sought applications for the posts left vacant by retirement of Mr Justice Daniel O’Keeffe and Mr Justice Roderick Murphy, 18 lawyers applied. Of these, 15 were senior counsel (including seven women) and three were solicitors.

The report shows that nine of the State’s 23 county registrars applied for six posts as specialist insolvency judges on the Circuit Court. These posts were restricted to county registrars and all nine applicants were also registered solicitors. Separately, 69 lawyers – nine senior counsel, 28 junior barristers and 32 solicitors – applied for a single Circuit Court vacancy that arose when Judge Patrick Moran retired.

In the report, the board confirms that it has not to date availed of its power to interview applicants. It said there were unspecified “serious obstacles” to conducting such a process routinely and that generally it had enough information anyway.

“This is in the context that the board does not have any function in deciding who should be appointed to judicial office,” the report states. “Moreover, the board, in submitting the names of persons whom it considers suitable for appointment, does not make a decision or give an indication with regard to the relative merits of persons so submitted.”

The report also makes clear that the board has not used its power to identify potential candidates and approach them with an invitation to apply for a vacancy. “There are clearly serious practical difficulties in exercising that power in the case of a body such as the board, whose role is to submit the names of persons who are suitable for appointment rather than decide who should be appointed,” it explains.

The board reiterated its concern at the absence of any procedure for ensuring that judicial appointees undergo a medical examination.