Vodafone, Kia Motors and Marks and Spencer also among firms to have misled customers 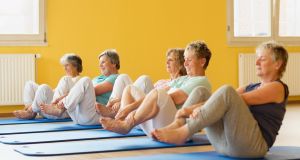 The Advertising Standards of Ireland’s complaints committee found information in an online newsletter sent out by Grangeville healing centre was misleading and breached the code. File photograph: Getty

A Wexford health and yoga centre was found to have breached advertising standards after sending out a newsletter that claimed liquorice was an “actual cure” for Covid-19 and that 5G was a factor in the most serious cases of the virus.

The Advertising Standards of Ireland’s (ASAI) independent complaints committee found information in an online newsletter sent out by Grangeville healing centre – which offers kinesiology treatments and yoga classes – was misleading and breached the ASAI code. Two complaints were made to the ASAI after the centre disseminated information claiming it had found a cure for Covid-19 while downplaying the serious nature of the pandemic.

The Grangeville newsletter stated that Covid was “not a particularly strong virus” but that if you “have many other viruses in your system then hang out in 5G or strong electric magnetic fields it is proving to be a big issue”. It claimed liquorice root extract had been “proven in laboratories to wipe out corona” and that the chances of contracting the virus in Ireland were “close to zero”.

The latest ASAI complaints bulletin published on Thursday shows 10 out of 11 adverts investigated recently by the organisation were in breach of the standards code.

Vodafone Ireland was found to have misled customers regarding the cost of an 1G broadband plan which was advertised as costing €25 for the first six months and €55 a month thereafter, when the €55 cost related to a 150Mb product. The phone network was also found to be in breach of the advertising code for leading customers to believe that a broadband speed of 1Gb was available for all when customers could only avail of this option based on their geographical location. The customer who filed the complaint discovered they were only eligible for 150Mb and 300Mb broadband speed despite being led to believe they could avail of the 1G plan. Vodafone Ireland was found to be in breach of the ASAI code.

Kia Motors was also found to be in breach for having advertised a car as “an earthy looking metallic red” when the car sold to the customer was a “fire engine red, non metallic”.

Marks and Spencer was found to have misled and exploited the credulity of customers by advertising that a sofa would take seven days to be delivered when in fact the delivery to Ireland took an estimated 16 days.

MyCityDeal Ltd breached the code for stating a voucher could be redeemed either through delivery or as takeout when in fact it was only possible to use the voucher for takeout collection.

The Alpha CC IT cleaning solutions group was found to be in breach after implying that a cleaning product created a 72-hour barrier on surfaces that would protect against Covid-19.

The Holmestead Saddlery Superstore in Kildare was found to have mislead customers by advertising a “half-price sale” when most saddles were second hand and had never been on sale through the business for the original full price. The group’s claim that the superstore was “the world’s best saddlery” was also not substantiated, the complaints committee found.

Complaints were also upheld about a Click and Go holiday snaps competition which never resulted in an overall prize winner announcement and an advertisement from the HG Ritchie confectioners which appeared to recommend that sweets should be eaten every day of the week and not in moderation. The advert was found to encourage unhealthy eating habits and thus breached the code.

The Imagine Communications group was found to have misled television viewers through an advertisement that claimed thousands of Irish customers had connected to 5G networks. The committee found the availability of 5G networks was “very limited” when the advertisement aired and that its information was misleading.

A complaint made by the Irish Heart Foundation, which argued that an advertisement from Pizza Max encouraged excessive consumption among young people, was not upheld by the committee.