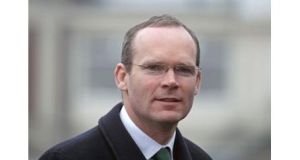 The coming weeks are crucial for CAP reform negotiations as Ireland attempts to achieve consensus among EU member states, an Oireachtas committee has heard.

Following the EU budget agreement earlier this month, Minister for Agriculture Simon Coveney hopes to get "overall political agreement" on CAP reform by the end of June, Aidan O’Driscoll, assistant secretary general of the Department of Agriculture, told the Oireachtas agriculture committee this morning.

In the latest six-monthly report on developments in the EU, he said certain conditions need to be fulfilled "to meet this very ambitious schedule".

The CAP will account for almost 39 per cent of the seven-year EU budget. Taking direct payments, rural development funds and market supports into account, Ireland stands to gain more than €11 billion between 2014 and 2020.

Mr O’Driscoll said the "multi-annual financial framework now requires the consent of the European Parliament, and this will be an important task for the Irish Presidency" of the EU.

He underlined the need for swift compromise by the Council of Ministers to on outstanding issues from Cyprus's presidency. This would open the way for negotiations with the European Parliament and European Commission.

"The scale of the challenge remains an enormous one and we are dependent on the readiness of member states to engage constructively with the compromise proposals we are tabling," Mr O’Driscoll said.

Ireland has developed a set of solutions which would give member states "the necessary flexibility to respond to their own conditions while at the same time respecting the overall thrust of the Commission's proposal," he said.

Responding to questions, he told the committee proposals to increase the provision of coupling, the voluntary capping of direct payment by member states, and the criteria used to designate farmland as disadvantaged are still under consideration.

Other proposals include the option for member states to transfer 15 per cent of so-called pillar 1 funding (direct payment) to pillar 2 (rural development) and vice versa.

Ireland opposes a European Commission proposal to change the basis of the EU's annual single-farm payment from past production to a flat payment per hectare.

Ireland was making a "very decisive move away from historical rates of payments", he said. "But not as big or as radical as those proposed by the commission who propose a complete flat rate for everybody regardless of land type, regardless of what is being done on that land, regardless of the environmental benefits of that land."