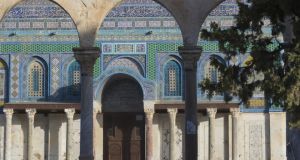 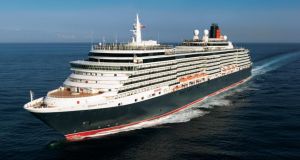 Cunard’s Queen Victoria hosts a “Lusitania Remembered” cruise next May 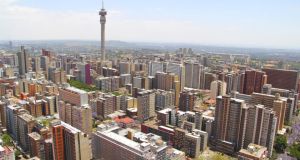 The current conflict in Gaza has led some tour operators to cancel pilgrimage holidays to the Holy Land, while others have decided – for the time being – to go ahead.

Insight Vacations is following Government advice and is asking citizens to defer travel. All impacted guests are being contacted directly for rescheduling, while guests with travel plans to Israel through mid-September can change or cancel their booking without any cancellation fee.

According to Insight’s country manager Sharon Jordan, Ireland has a “traditionally strong following” of visitors to Israel, but “safety normally far outweighs desire to travel in areas involved in conflict, and that has definitely been the case.”

Joe Walsh Tours has eight scheduled trips between September and October that are still going ahead. Fabio Santos of JWT said they were “monitoring the situation on a daily basis in consultation with the Department of Foreign Affairs.” All eight tours are fully booked.

The Department of Foreign Affairs advises visitors to Israel to exercise caution. The British Foreign Office has urged visitors to remain alert in and around the Old City of Jerusalem, and to leave immediately in case of tension or unrest.

Cunard is playing its part in the First World War centenary commemorations by announcing details of its “Lusitania Remembered” cruise. The ill-fated ship was torpedoed off the coast of Kinsale on May 7th, 1915 and sank with the loss of 1,198 passengers. The Queen Victoria (right) will host a commemorative exhibition on the stricken liner during its round-trip cruise departing from and returning to Southampton on May 3rd-10th, 2015. There’ll be recovered objects including china and silver cutlery, a special dinner, and tributes at its various ports of call, which include Cobh (May 7th) and Dublin (May 8th). An inside stateroom costs from £879; see cunard.com

West London goes into festival mode next Sunday and Monday for the Notting Hill Carnival, Europe’s largest street party. Here are five spots in the west of the city where festivalgoers can get some sustenance.

Harwood Arms (27 Walham Grove; harwoodarms.com; mains around £14/€17.59). An upmarket pub with a fabulous menu – if you like meat. They specialise in British dishes such as grilled haunch of Berkshire roe deer or salted ox tongue served with Jerusalem artichokes. Vegetarians should keep walking.

Ledbury (127 Ledbury Rd; theledbury.com; four-course set lunch £45/€56.53). Chef Brett Graham has garnered two Michelin stars for his elegant French cooking, which is decidedly haute without being haughty. Like all decent French restaurants in the UK, pride of place goes to the best-of-British ingredients – it’s France’s subtle way of telling Britain how good its food could be.

Kerbisher & Malt (164 Shepherd’s Bush Rd; kerbisher.co.uk; mains around £6/€7.54). Fish and chips like you’ve never had it before: locally sourced haddock, cod, plaice and others done to battered perfection, while the chip butties – whitebait and double-fried chips – are sensational.

Potli (319-321 King St; potli.co.uk; mains around £7/€8.80). London has no shortage of Indian restaurants, but Potli is a little bit special. The beach-style wooden bar, Bollywood posters and curios rummaged from Mumbai’s Thieves Market give the place the feel of a tropical bazaar, but it’s the fine curries, grills and huge portions that make this a place to remember.

Taquería (139-143 Westbourne Grove; taqueria.co.uk; tacos around £5/€6.28) Split across two lovely rooms, Taquería is the place to come for tacos the way they’re actually meant to be prepared – fresh, zesty and in a limp, folding pastry. Everything is made on the premises. Try the house-made chorizo or the slow-cooked pork.

The Kent farm that provided the setting for ITV’s 1990s series The Darling Buds of May has opened as self-catering accommodation. Up to 12 guests can be accommodated at the 35-acre Buss Farm, between Pluckley and Bethersden (about six miles west of Ashford), bedding down in either the original oast house or the Tudor oak-framed barn.

The Grade II listed farmhouse, from where Pop and Ma Larkin hatched their rural adventures, is soon to follow in the choice of available accommodation. Sounds perfick. Prices are £695/€873 a week for the barn (which sleeps four) and £1,195/€1550 a week for the oast house (which sleeps eight). See darlingbudsfarm.co.uk

CRACKDOWN ON HOLIDAY LETS IN PARIS

Parisian authorities are cracking down on unofficial holiday lets. It has been interpreted as an attempt to curb the growing position of online rental broker Airbnb, which has 25,000 properties in the city – most of which are not officially registered for letting. The mayor’s housing advisor Ian Brossat has defended the action in a city where rents have gone up by 42 per cent in the past decade. “We can’t have entire neighbourhoods or buildings turned into tourist homes,” he said. If inspectors find guests in an Airbnb-registered property they won’t be turfed out, but Mayor Anne Hidalgo is considering a €1.50 tax on future rentals.

SLEEP IN A SCULPTURE

Bookings are now being taken for London luxury hotel, the Beaumont, which will open on Brown Hart Gardens in Mayfair in early October. It’s the first hotel venture by Jeremy King and Chris Corbin of The Ivy, once the city’s magnet for everybody who was anybody. The new hotel, in a building from 1926, has 50 rooms, 13 studios and 10 suites including a bedroom of stainless steal and fumed oak designed by Turner Prize-winner Antony Gormley. Rooms start at £395/€496, but if you fancy sleeping in Gormley’s sculpture it’ll cost £2,250/€2,827. See thebeaumont.com