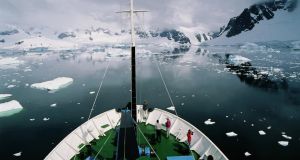 Solo bookings for Antarctica cruises are on the up. Photographs: Getty Images 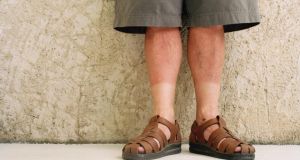 Drink your sunscreen to avoid burning 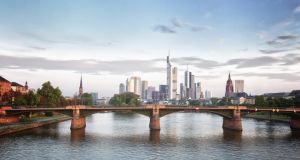 Frankfurt skyline in the morning light

Ryanair’s on-time arrival trumpet fanfare will be no more as a Twitter poll conducted by the airline showed that a majority of passengers wanted an end to the grating announcement. But its accompanying declaration that more than 90 per cent of its flights land on time comes with a health warning. According to data collected by the UK’s Civil Aviation Authority (looking at 138,046 Ryanair flights into 10 UK airports), and analysed by a website called flightontime.info, 83 per cent of Ryanair flights landed on time in 2013, putting it eighth on the punctuality list, one spot behind Aer Lingus (bmi Regional was first).

So what about the claim in the jingle that Ryanair beats “every other European airline”? According to its own passenger charter, the airline is number one when compared against the most recent punctuality statistics released by the Association of Europe’s High Fares Airlines (AEA) – which only has 30 members and hasn’t released relevant statistics since 2009. Top Five Sites in Normandy (that aren’t a beach)

On May 22, Stena Line launched its Rosslare-Cherbourg service, just in time for the 70th anniversary of the D-Day landings on June 6. Here’s five other places to visit when you’re done on the beach.

Top five sights in Normandy (that aren’t a beach)

On Thursday, Stena Line launched its Rosslare-Cherbourg service, just in time for the 70th anniversary of the D-Day landings on June 6th. Here are five other places to visit when you’ve had enough of the beaches. Bayeux Tapestry (rue de Nesmond, Bayeux; bayeuxmuseum.com; €9) The world’s most famous tapestry depicts the Norman Invasion of 1066 across 58 embroidered scenes totalling 68 metres of embroidered storytelling. In the town, the Hôtel d’Argouges (21 rue St-Patrice; hotel-dargouges.com; rooms €150) is an 18th-century building with Louis XVI-style furnishings. Monet’s Garden (Giverny; fondation-monet.com; free) The pastel-pink house, the studio, the Japanese Bridge and the Water Garden are part of the visit to the house where Monet spent the last 43 years of his life. The gardens are easily reached on a day trip from Paris.

Mont-St-Michel (ot-montsaintmichel.com) More than 2.5 million visitors a year traipse across the causeway (which is being replaced by a bridge this year) to visit the famous abbey, whose turrets and towers rise from the ramparts and battlements. The Hôtel Du Guesclin (hotelduguesclin.com; double €85) on the Mont is terrific value.

Honfleur One of the most beautiful of Normandy’s seaside towns, Honfleur was a favourite with the Impressionists, now it’s popular with Parisians who come for the weekend, to make an impression. Many opt for the superb La Maison de Lucie (44 rue des Capucins; lamaisondelucie; rooms from €150), a beautiful boutique hotel.

Solo trip of a lifetime One of the most popular Antarctic tour companies has reported a spike in the number of solo travellers making the trip of a lifetime. Figures for 2013 show that up to 29 per cent of passengers on Aurora Expeditions’ Antarctic adventure were travelling alone, and that 65 per cent of those were female. Marketing manager Fiona Twyford says that while a proportion of solo passengers are single, the trend is indicative of the number of women choosing to travel without their partners. Aurora’s single supplement is 1.7 times the twin share rate. It offers a cabin-sharing service whereby it will find a same-sex cabin partner for those travelling alone. A 10-day Antarctic cruise costs between $7,100-$8,500; the season runs from November to February. See auroraexpeditions.com.au

The future of sun protection may be a drinkable sunscreen, if a recent development by US skincare company Osmosis proves a winner. Its Harmonised H20 claims to provide protection up to SPF 30, as its ingested molecules vibrate on the skin, cancelling out 97 per cent of UVA and UVB rays. The company’s website states that 2ml of Harmonised H20 should be taken an hour before exposure and will provide protection for up to three hours. The sunscreen, which costs $30 (€21) for a 100ml bottle, comes in two types – tan-enhancing or non-tan enhancing.

It has yet to be licensed by the US Food and Drug Administration and is not yet sold by an Irish retailer.

York’s tourism body has released Norse Power, a deodorant aimed at capturing the essence of the town’s Viking founders, who established the settlement of Jorvik in the 9th century. Ingredients include mead, battle gore, smoke, seawater, mud, human sweat, meat, pine and nuts. York is one of Britain’s most popular heritage towns, with tourists coming for its magnificent cathedral, medieval streets and old-fashioned tearooms, but Visit York’s marketing fad seems aimed at a younger market. See visityork.org

Tonight is the opening party for Europe’s first Hard Rock Hotel, on Ibiza’s Playa d’en Bossa. The 493-room resort is the largest on the island and has all the usual trimmings, as well as swim-up bars, underwater loungers and Europe’s largest spa. The headline grabber is SubliMotion restaurant, brainchild of chef Pablo Roncero, which will open on June 13th. Up to 12 guests a night will enjoy a 20-course meal and high tech light show. At €1,500 a head, it’s Europe’s most expensive restaurant. See hrhibiza.com

€879 LAS VEGAS: Five nights in the MGM Grand, includes flights from Dublin. Based on two people sharing. For travel in November. See americanholidays.com