Ireland’s Best Day Out: The winner is . . . Killarney

We may think we know Killarney National Park, but there are so many facets to this jewel of Ireland’s south-west. Welcome to Ireland’s Best Day Out

It is home to 26,000 acres of lush mountains, aboriginal forest, walkways, rivers, castles and stately homes, cycle paths and disused mines, golf courses and waterfalls, bat caves, and islands populated by swimming deer. It also has the biggest collection of mature trees in one spot in Ireland, well-preserved castles and the country’s tallest mountain range.

Today The Irish Times names Killarney National Park, in Co Kerry, as the Best Day Out in Ireland.

“It’s accessible by walking from the town, and even this easily accessible section is stunning. You can see deer here and at the right time of year hear them rut in the early morning.

“However, the parts that demand a little more effort to reach are simply breathtaking. The native forest is magical. And there are lots of facilities nearby in places like the Gap of Dunloe, Cronins Yard and in Killarney itself.”

The travel journalist Manchán Magan, also a judge, in the competition, says: “I recently spent three days in Killarney National Park. The sheer number of different facets to the place are phenomenal, and the passion of the rangers is inspiring.”

The Best Day Out in Ireland competition set out to find the country’s most impressive visitor attractions, leisure experiences and outdoor destinations, and asked Irish Times readers to help by nominating their favourites. The competition received more than 1,900 entries.

The competition, run by The Irish Times in partnership with Discover Ireland, covered all counties of Ireland, north and south. Róisín Finlay and Manchán Magan were joined as judges by their fellow travel journalists Fionola Meredith and Gary Quinn.

They chose Killarney National Park as the winner from a shortlist that included the Antrim coast; the Barrow Way, in Co Carlow; the Big Day Out in Co Leitrim; and Clare Island Adventures.

The one concern of the Best Day Out judges was whether it was valid to give the overall award to such a well-known attraction. (Killarney National Park is among Ireland’s most-visited tourist attractions and it is no “hidden wonder”.)

But concluded that Killarney National Park exceeds its reputation by some measure. As Fionola Meredith puts it: “There’s a lot more going on there than many people realise.”

Because the park is well known, people may think they know what it’s about. But look at it with a fresh eye and you’ll see that it’s among the most scenic, the most historic, the most accessible, the most varied, the most taxing, the most relaxing tourist districts in this part of Europe. 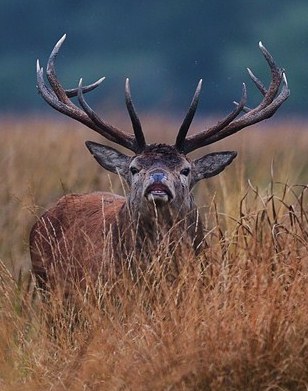 And if you think it’s packed with American tourists, think again. On our visits in May, in both scintillating sunshine and cloud, it was refreshingly quiet.

Is one day enough to experience the place properly? One day is enough to have a great day out, but you could spend week in Killarney National Park. This reporter didn’t want to leave.

As a Corkman, my only regret is that the whole district isn’t located about 80km east, over the county border. 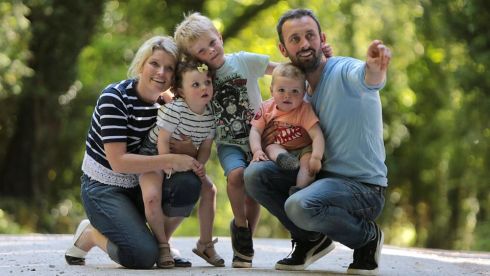 WHAT TO DO THERE

Facilities are many and varied. There are boat trips from Ross Castle to Muckross House, Inisfallen island, the Meeting of the Waters, the Gap of Dunloe, and O’Sullivan’s Cascade.

Cycle Ireland has an app that guides tourists around the various National Park routes, including several on main roads with little traffic and abounding with rabbit, deer and hare. The park side of Killarney town is dotted with bike rental companies that advise on routes to take.

There is also a combined boat-cycle-bus-pony tour of the forests and mountains above the lakes, traversing Ross Castle, the Gap of Dunloe, Lord Brandon’s Cottage, Kate Kearney’s Cottage, and other scenery.

There are hundreds of walking routes around the Park, including Richard Clancy’s killarneyguidedwalks.com.

And in poor weather, there’s plenty of indoor stuff, at Muckross and Ross Castle. There is an excellent tour of Ross Castle, a highly recommended interpretive centre and tour at Muckross House and Gardens. Most of the touring boats are covered.


HOW TO GET THERE

It may be the only such outdoor district on the doorstep of a sizeable Irish town. Accessible by car, train, bike and on foot, the park is easy to get in and out of. The park converges on the town from almost every angle, and its edges are within walking distance of the train station.

There are also bike rentals for €15 for a day scattered around the town. To go to Muckross, or further afield to Toomie’s Wood, you’d need a car or bike.

There is a direct train service to Dublin Heuston from Killarney train station, and direct services to Cork, too.


WHERE TO EAT AND STAY

There are tea rooms at Dinis Cottage, Deenagh Lodge, Gearhameen and Ross Castle inside the park.

The relaxing and welcoming International Hotel at Kenmare Place has a nice cafe, and Hannigans, the hotel bar, serves an excellent burger.

The Smokehouse Restaurant in the town has an excellent food and drink platter.

For the annual deer rut, in autumn, the Lake Hotel is the best place to watch, and hear, the stags roaring and rutting.

A little outside the park, the Stepping Stone is captivating, great location, incredible views – only has three rooms, but you can also camp. Lovely food in the café. steppingstonebandb.com

Food & Drink Quiz: What does ‘Brut’ signify on a bottle of champagne?

Bill Gates had a reputation for questionable behaviour long before divorce