The online love market: the death of romance?

Has online dating reduced romance to the dismal level of economics? 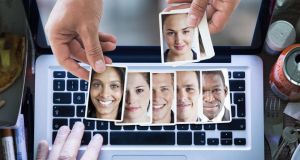 People who find today that their mantelpiece is bare of Valentine’s Day cards, roses, or chocolates may be tempted to consider online dating agencies. Philip Roscoe, author of I Spend, Therefore I Am: The True Cost of Economics , argues that economics has come to dominate too much of our lives and that such a move by the lovelorn would be a mistake.

Roscoe, who teaches management at the University of St Andrews in Scotland, believes online dating illustrates everything that is wrong with economics in the modern age – the belief that everything can be measured, commercialised, marketed and charged for.

Market stall
“Those who use the site lay themselves out for selection like goods on a market stall, labelling themselves with their vital statistics, qualities and preferences,” Roscoe argues in

his book. “It is unsurprising that those advertising themselves online are prone to the petty dishonesties of hustlers and salesmen: they grow taller, slimmer and smarter, and, judging by the briefest perusal of advertisements, display a universal enthusiasm for open fires and cosy evening.”

Hundreds of millions are spent on such websites globally every year. Relationship studies suggest that, to find happiness, people should “find a kind-hearted partner, one who excites you in a hearty, primal sort of way, and stick with them”, he says. Those blessed thus far should then “share experiences and be prepared to compromise, change”, behave in an empathetic and mutually supportive manner – to be “nice, kind, caring”, as Roscoe writes.

However, the world of online dating declares the opposite, he continues: that you should “find a partner who likes the same things as you, and who has the physical characteristics that you usually find attractive. Get the person who is right for you as you are now. Do not change, and do not expect primal fireworks. Leave the whole problem of compatibility to the experts.”

He says, however, that nobody has been studying the area for long enough to be sure of its impact on behaviour. “If we see relationships as being yet another commodity that we can return to the shop like a coat, then that impoverishes human relationships,” he tells me.

Roscoe accepts that, for many people, dating agencies are an enjoyable, rather harmless way of getting settled into a new place. But they illustrate the changes that have taken place globally. Economics is not simply a science that describes and explains, he says, instead, it “makes the weather”, endlessly “pursuing its own ends, always searching for more and better”.

In the 1950s and 1960s, Britain led the way in council housing. By the end of the 1970s, 40 per cent lived in such properties. In the early 1980s, Margaret Thatcher introduced the “right to buy” – one of her most popular policies.

However, right-to-buy was followed by buy-to-let. By 2006, one in eight people in Britain was living in privately owned properties, often helped with state-paid housing benefit, but buy-to-let landlords had driven prices up.

The economic model also encouraged deregulation of financial markets and helped to lead to the Celtic Tiger. Then, economics dictated “that suffering is allowed; harsh medicine, but it must be taken”, writes Roscoe.

The economic sphere, he says, should remember that it is part of the real world, rather than forgetting “the basic dignity” of human beings.

Democratic principles
“I would contend that economics has little place in our economic lives: let them be bounteous, generous and overflowing, and be richer for it,” he

says. He is not urging that the clock be put back, however. “I’m not advocating state ownership. I am more talking about the fact that this is where the market has got us and disagreeing with the argument [that the solution is] more market.”

He says people should not believe the current orthodoxy has always existed and so cannot be overturned.

“Protesters are not representative, and they are not effective, either. Armed revolution is not the way forward. What is necessary is a gentle but distinctive change in the way in which decent people think about themselves.”

A new way to make fishcakes that is quick, easy and delicious
4

Remember Octomom? She and her 14 kids are doing well
9