Sex and the secretive masons

An Irishwoman was the first female to break the glass ceiling of the ultimate old boys’ club. The tradition lives on in the one freemasonry order open to women as well as men 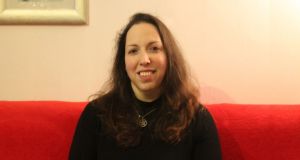 Mercedes Goncalves, a member of the Elizabeth St Leger lodge in Dublin 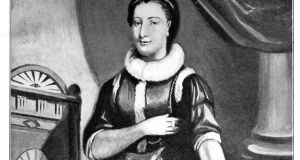 Doneraile Court, Co Cork, 1712: Elizabeth St Leger was reading one evening when she happened to eavesdrop on a masonic rite next door. Some loose bricks had been removed from the wall as building work was being conducted, so the ceremonial sound carried through and drew St Leger to observe.

When the interloper was discovered, she was initiated immediately into the lodge whose activities she had witnessed in order to protect their secrets. This made St Leger the first recorded female freemason in an organisation dominated, like most, by the history and influence of men.

Freemasonry comes wrapped in a quilt of symbolism, icons and rituals. Behind the popular images of strange ceremonies and imposing buildings, the masons describe themselves as not so much secret as private. Dedicated, masons claim, to making good men better, Irish freemasonry has included Edmund Burke, Ernest Shackleton, Thomas Barnardo and Oscar Wilde. Women were often relegated to fundraising and organising charity events. There is, however, one order of freemasons whose ethos is equality and the inclusion of both sexes.

“We are referred to colloquially as ‘co-masons’ and view women as equal to men,” says Brian Roberts, grand commander of the UK International Order of Freemasonry for Men and Women (also called Le Droit Humain). “Other than male tradition and exclusion, there is no reason why a female cannot be a freemason. We do not treat women on the fringes. We do not insult them by asking them to do the catering, or washing-up, or sell raffle tickets. We afford them equal status.”

Members of Le Droit Humain, he says, “are freemasons, properly constituted, working the same rituals with the same ideals, principles and moral virtues”.

Roberts says the traditional male focus changed in France in 1875, when a woman was initiated. This prompted the formation of a mixed order there in 1893. Annie Besant, a theosophist and champion of equal rights, was initiated in 1902. She brought Le Droit Humain to Britain. It is now in 60 countries. Why would women join such a secretive, male-dominated organisation?

Mercedes Goncalves, a member of the Elizabeth St Leger lodge in Dublin for three years, explains: “I thought masonry was an interesting subject due to its emphasis on teaching philosophy and exploration of the human condition. But I didn’t know there was an order that accepted men and women equally to explore the mysteries of life and spiritual growth and try to become better human beings.”

All are welcome “no matter what gender, race, nationality, social background or religious background”, says Gaby O’Reilly, who joined two years ago. “I find this very refreshing, especially in a world which seems to be getting more intolerant and extreme. The idea is to work for the benefit of the human race and make the world a better place for everybody.”

Goncalves says freemasonry has taught her self-discipline. “Since I got involved, I deal with things as they arise. I became more patient, procrastinate less and have become much more effective in dealing with the trials and tribulations that emerge in everybody’s daily lives.”

O’Reilly would like to see more women involved. “The perception out there is that masonry is a club for old men. And this is not true for Le Droit Humain. It is also a great path for men, because they prefer mixed lodges too. Times have changed.”