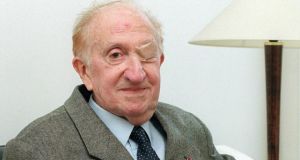 Gen Paul Aussaresses, who has died aged 95, stunned France in 2000 when he admitted coldbloodedly torturing and killing dozens of prisoners during his country’s brutal colonial war in Algeria decades earlier.

The Algerian War was a complex conflict characterised by urban guerrilla warfare, terrorism and, on both sides, torture.

At the time, France denied that it used torture and censored newspapers, books and films that said that it did. Afterwards, official secrecy, propaganda and a general distaste for the subject kept discussion of atrocities muted.

Then, in December 2000, Aussaresses gave an interview to Le Monde in which he said that torture had been routine and condoned by the French leadership as the fastest way to get information about guerrilla activities.

The next year he expanded on that account with the publication of a book. In Special Services: Algeria 1955-57, he wrote of beating prisoners; of attaching electrodes to their ears or testicles, of the practice that later became known as waterboarding.

Summary execution
Whether a captive talked or not, he said, he usually had him executed anyway, and often did the job himself.

He coolly recalled rounding up 1,500 unarmed prisoners, then selecting those he believed to be “the diehards” and having them shot.

He set up death squads, he said, and ordered the assassinations of Algerian leaders. When he got word that Ahmed Ben Bella, leader of the independence struggle and later Algeria’s first elected president, was on board an aircraft, he ordered it to be shot down but changed his mind when he learned that the crew was French.

Aussaresses insisted that the torture and the summary killings were a matter of policy. He wrote everything down, he said, and briefed Gen Jacques Massu, his superior, every day. He suggested, but did not prove, that François Mitterrand, who was justice minister at the time and was later to become French president, had known about the torture.

It was hardly news that the French had committed atrocities; as early as 1955, a French magazine referred to “Our Gestapo in Algeria”. But as part of their 1962 peace negotiations, France and the leaders of newly independent Algeria agreed to play down the ugliness. In 1968, France granted a blanket amnesty to those who had served in Algeria, no matter what crimes they might have committed there.

Then came Aussaresses’s interview, his book and an admission by Massu that he, too, had employed torture regularly.

Aussaresses’s assertions and the sheer brazenness with which he made them set off a furore. The president at the time, Jacques Chirac, who had himself served as a soldier in Algeria, said he was “horrified”.

Chirac stripped Aussaresses of his rank and his Legion of Honour medal and forbade him to wear his military uniform. Although the amnesty protected him from being tried for his acts, he was nonetheless convicted of complicity in defending war crimes and fined €7,500. The European Court overturned the conviction, partly on free-speech grounds.

Resistance organiser
Paul Aussaresses was born in St-Paul-Cap-de-Joux only days before the first World War ended. He began his military service as a recruit in North Africa, then volunteered to parachute into France behind German lines, where he organised local resistance.

After his Algerian War service Aussaresses became a military attache of the French diplomatic mission to the United States. He served at Fort Bragg, North Carolina, where he helped instruct special forces units (the so-called Green Berets) in “unconventional warfare”.

In the 1970s he also advised the regimes of Argentina, Brazil, Chile, Bolivia and Paraguay in counter-insurrectionary warfare.

After he gave his interview in 2000 to Le Monde he was the subject of a number of apparent attempts on his life.