Attitudes to mental health are changing. One woman with bipolar disorder talks about her approach to her condition 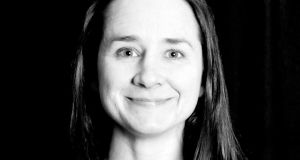 Sarah Bredin: “I was clearly living in a state of depression without knowing it”

One in 20 of us will have a psychotic experience in our lifetimes, according to the Psychological Society of Ireland – and simple human understanding is what will then best help us to get on with our lives, according to one 35-year-old with bipolar disorder.

“Eight months of low-budget counselling was of more benefit to me than all the psychiatrist appointments in 16 years,” says Sarah Bredin, who was diagnosed after a manic episode when she was 19. She was among the 300 people who attended Understanding Psychosis, a talk that the society hosted at Trinity College Dublin this week with the Mental Health Commission and the HSE.

“I’m an ‘expert by experience’. I take lithium every day, and I take a small dose of anti-psychotic medication when I feel I might be getting a little manic. It’s the depression that follows the mania that I live in flight from.”

Bredin says her life changed when by chance, a few years ago, she read that a significant number of people with bipolar disorder can live their lives in a state of mild or moderate depression. I realised that I’m not a loser and that I might have a [better] life if I work to get out of this inferiority complex. I was clearly living in a state of depression without knowing it.”

Bredin then focused on getting counselling, getting fit and learning to meditate. “I just started doing lots of the right things. I took eight months of therapy with MyMind,” she says, referring to a counselling service she used, which offers a sliding scale of fees. “I’m a proper fitness addict now, and I meditate every day.”

She came to this week’s event because she believes that psychosis is still “the unfriendliest part of bipolar disorder”.

“To see a lecture entitled Understanding Psychosis was an opportunity for me to learn more about being an anti-stigma ambassador,” she says. “It’s important to be able to sit among acquaintances or colleagues and have a discussion about psychosis without making people uncomfortable.”

As well as attending a bipolar group in Dublin every fortnight, Bredin has blogged on seechange.ie, which campaigns to reduce the stigma of mental ill health.

The speakers at the Trinity meeting were Anne Cooke and Prof Peter Kinderman, clinical psychologists who say we should re-evaluate our approach to mental health. “Hearing voices or feeling paranoid are common experiences which can often be a reaction to trauma, abuse or deprivation,” says Kinderman.

“Calling them symptoms of mental illness, psychosis or schizophrenia is only one way of thinking about them . . . There is no clear dividing line between psychosis and other thoughts, feelings and beliefs.”

Cooke says, “The best way to help understand our experiences is to acknowledge that there are different narratives around psychosis. We also need to invest in prevention to reduce abuse, deprivation and inequality.”

There are signs of change: the HSE is to include talking therapies in its approach to psychosis. “Cognitive behavioural therapy for first-episode psychosis will become part of the clinical programme across all mental-health services,” says Gerard Perry of the HSE’s clinical-psychology service.