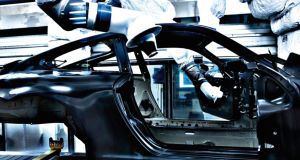 Each brand is marked on a score of problems per 100 vehicles (PP100) and Porsche came out as the best-ranked, with 80 problems for every 100 cars it makes. Kia was only slightly behind on 86 PP100, while Jaguar, which has done very well of late in JD Power surveys, came third with 93 PP100.

What’s most striking is the relatively poor performance of the major Japanese car-makers. Traditionally, brands such as Honda, Toyota, Lexus and Subaru have dominated the JD Power rankings but for 2015, previous champ Lexus is now languishing in ninth place, behind Lincoln and Chevrolet, on 104 PP100, which its parent company Toyota returned the same score.

Nissan managed 121 PP100, below the industry average of 112 PP100, while Subaru, also a previously top-ranked brand, is down at the bottom, behind Land Rover and Jeep and only ahead of Chrysler, Smart and Fiat.

“This is a clear shift in the quality landscape,” said Renee Stephens, vice president of US automotive quality at JD Power. “For so long, Japanese brands have been viewed by many as the gold standard in vehicle quality. While the Japanese automakers continue to make improvements, we’re seeing other brands, most notably Korean makes, really accelerating the rate of improvement.”

There are other possible reasons for the fact that Japanese makes are dropping down the rankings. The results are drawn from a survey filled out by 84,000 drivers and vehicle owners in the US, and a subjective dissatisfaction with part of the car counts the same, in the survey, as an actual mechanical failure.

So it’s quite likely that the Japanese brands are being punished by consumers for their conservatism when it comes to interior design and high-tech features.