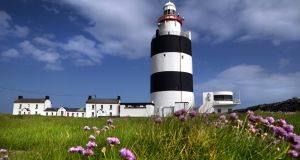 After a 45 per cent increase in transactions in 2014, there was only a modest rise in sales activity for Wexford last year, up just 4.5 per cent.

This compares with an average national increase of 11.9 per cent year on year for 2015. According to data from property website MyHome.ie, 1,397 sales took place in the county in 2015, up from 1,337 the previous year.

First-quarter transaction figures for 2016 indicate this slowdown has continued, with transaction levels down by 14 per cent, compared to a national average of -11.3 per cent, in the first three months of 2016 compared with the same period in 2015.

In total, 288 sales were recorded in Wexford between January and March this year, down from 335 in the same period last year.

However, this fall-off in transaction levels may be offset by upward pressure on price.

“We’re seeing movement, particularly at the lower to mid end of the market, with values up by around 10 per cent on last year for houses up to the €180,000 mark,” says John Corish of REA McCormack Corish in Wexford town. “Above that level the market is still relatively quiet.”

Many of his buyers in Wexford town are first-time buyers while investors are notable by their absence. “We could do with more low to mid-priced townhouses in the area but there’s very little development going on. Builders tell us it’s not worth their while financially yet,” said Corish.

One new development that has just launched its second phase is Ard Uisce, on Whiterock Hill, about 3km from the town.

Sales are being handled by Kearney & Co, which has sold 16 new houses in the same development over the past eight months. “Not long to go until we reach the halfway point of 2016 and it has definitely been the best six months for the property market in Wexford in a long while,” says estate agent John Kearney.

North Wexford has also seen upward pressure on prices. “We have seen good moves on the property front over the past year and a half, with a good rise in demand,” says David Quinn of Quinn Property in Gorey. “We’re finding that townhouses near Gorey centre are turning around within a month, once they are priced right.”

Ciara Slattery of Warren Estates, also in Gorey, says: “We’re quietly optimistic but there is still uncertainty in the market and a shortage of town properties and starter homes. Generally speaking, good quality properties are going well and one-offs, if priced well, are selling well, but the price has to be realistic.”

Prices are also rising in Enniscorthy. “Obviously the further you are away from Dublin the longer the recovery takes but it’s happening now,” says Michael O’Leary of Sherry FitzGerald O’Leary Kinsella in Enniscorthy.

Here too there is a shortage of starter homes, however. “We are absolutely out of three-bedroom semis,” says O’Leary.

New Ross has seen prices for three- and four-bedroom semis rise by about 8 per cent, according to Anne Carton of PN O’Gorman.

“We’re also seeing a pick-up for properties close to the coast at Duncannon, Ballyhack and Fethard-on-Sea. Much of this stems from UK interest, both as holiday homes and what we might call ‘semi-permanent’ homes for people in their early 60s looking ahead to retirement. A huge part of the attraction in such cases is proximity to the ferry services at Rosslare. What so many of them want is that elusive ‘nice house overlooking the beach’, which are actually very scarce.”