Tissue storage could help to identify risks of pre-eclampsia 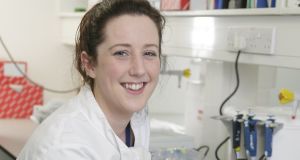 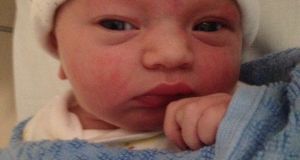 In a research centre in Cork, more than 1.5 million tissue samples from pregnant women, their partners and very young babies are kept in a freezer. The blood, urine, tissue and hair in that freezer could hold the key to medical problems that have dogged pregnant women and their babies for centuries.

That freezer facility is the Infant Biobank. It is the result of a decade of painstaking collection and curation, and its procedures and processes have become the gold standard of worldwide operation. The SFI-funded Infant Centre is dedicated to making pregnancy and childbirth safer.

The tissue collected in its biobank is leading to research breakthroughs that would previously have been impossible.

“We are at the beginning of a journey to a very, very interesting place in medical research,” says Prof Louise Kenny, director of the centre. Last week the biobank was awarded €355,000 as part of the SFI infrastructure awards for expansion.

Human tissue samples are a valuable resource to researchers trying to understand what happens in the body when things go wrong. Tissue, cells and blood from patients with a particular disease can hold the answers when it comes to finding a cure.

“Patients are incredibly altruistic,” says Prof Eoin Gaffney, medical director of Biobank Ireland Trust. “If their tissue can help others, they are very willing to allow its use in research.” Indeed, about 97 per cent of patients in St James’s Hospital agreed to allow their tissue to be used in medical research.

This tissue could include blood or parts of diseased tissue removed for diagnosis or treatment of disease. Sometimes, healthy tissue is also required. Ireland’s only brain biobank recently appealed for healthy people to donate their brains upon their death. Access to healthy brain tissue is needed to understand the changes that take place when a brain is affected by a disease or a degenerative condition.

It is a gift to research that keeps on giving. The tissue samples are frozen and stored for research now or maybe even years down the line. Ideally, patients consent to the ongoing use of their tissue for research. In this way, they assist researchers long after they are cured, or indeed for a long time after they die.

It affects about three out of every 100 pregnant women and still kills 70,000 women a year. The researchers at the centre explored whether the women at risk of pre-eclampsia could be identified in early pregnancy before symptoms show.

They banked the blood and urine of thousands of women in early pregnancy to see whether there was a difference between the samples of those who subsequently developed pre-eclampsia and those who did not.

They found there was and, as a result of this research, Kenny was able to develop the first predictive diagnoses for pre-eclampsia in early pregnancy – a feat that would have been impossible without a biobank.

Kenny plans to refine prediction of the condition using a Europe-wide biobank. If she and her team succeed, the resulting test could dramatically improve outcomes for mothers and their babies.

There are about 40 or so biobanks operating in the country, between those in hospitals, research institutes and those aimed at specific diseases such as prostate cancer.

Sharing information and data is a key part of the value of biobanking so the fragmented nature of this set-up is not ideal.

However, the information, or data, associated with the tissue samples is an indispensable resource and there is now the capacity to deal with huge data sets. Using this data connections, patterns and anomalies can be identified.

Communication on a global level is also extremely important as the more biobank data that is shared, the greater the potential for major breakthroughs. One of the advantages of being a part of the European Union is the opportunity to share information, including data and samples from biobanks.

Earlier this month, Ireland’s largest data science research centre, the Insight Centre for Data Analytics, and director general of BBMRI-Eric, Prof Jan-Eric Litton, co-hosted a seminar about biobanking, health research and data science. The aim of the seminar was to explore the possibility and potential of Ireland’s biobanking infrastructure becoming a part of BBMRI-Eric (see panel).

A lot of the information stored in blood can also be found in hair which is much easier to collect and store than blood, especially in a setting where resources are scarce.

“This could be lifesaving in low resource settings,” says Kenny. “We are working at a time of significant and exciting change.”

Biobanking at the edge of Europe This month, a meeting between Irish experts and the European biobanking infrastructure took place in the Insight Centre of Data Analytics in University College Cork. The meeting was the first of its kind and the first step on a path to Ireland’s biobanks becoming a part of a wider European network.

“Connected health” are buzzwords of modern medicine. Loosely, it means the smart use of recorded health data to develop better therapies. One of the most promising challenges of connected health research is to create systems that allow researchers to share data, samples and discoveries across borders.

A researcher exploring the causes of stroke in Ireland may have access to the blood samples of the stroke patients in Dublin, but what if that researcher could also easily access relevant samples from patients in Galway, London, Berlin and Zagreb?

The potential to spot patterns increases with the sample size.

The networking of biobanks also allows computer scientists and data analysts to build systems that “look” for patterns in large datasets.

Ireland has a strong data science infrastructure: one of our largest national research centres is the SFI-Insight Centre for Data Analytics. “The exciting health discoveries of the next few years will be made at the interface between doctors and data scientists,” says Insight director Professor Dietrich Rebholz-Schumann.

“Ireland must take a role in biobank research: there is lot of data integration involved and we have the data analytics capacity here that we can bring to biological research,” he says.

“BBMRI is jointly owned and operated by the EU member states. We are working to provide access to human biological material and its associated health data. We have a central role in improving downstream processes in medical research field – this area is currently marred by problems and errors causing major economic loss.

“Of the $58 billion invested into medical research in the US, half is lost because of unreproducible data. One-third of the loss attributed to biological material has not been biobanked to the appropriate standard,” said Zakloukal.

“It is most important to the future of research to develop international standards of biobanking.”

Ireland is not currently a member of BBMRI, but Zakloukal believes we have a lot to offer – and not just because of our 40 biobanks.

“There a critical role for data science in biobanking and medical research – we have to think about how we can manage this enormous amount of health data,” he said.

“Ireland has developed enormous resources in data science – this is one of the major strengths we see here.”

Government’s decision The final decision on membership rests with the government – the Health Research Board (HRB) will influence that decision. At the event, HRB chief executive Graham Love acknowledged the need to join, although he suggested that further national standardisation and investment in biobanking would be required before external links could be forged.

“We are behind the curve in Ireland: we have good biobanks in splendid isolation,” Love said. “However, we have a vision for sector. What I want to see is a common accepted international standard and greater investment on the back of that.”