Under the ‘Kentler Experiment’ of the 1970s, Berlin welfare authorities handed over homeless teenagers to known paedophiles 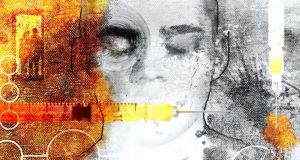 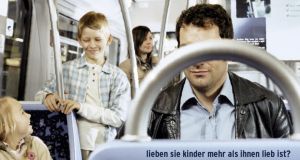 Don’t Become a Perpetrator: an advert from the campaign that has been running in Berlin 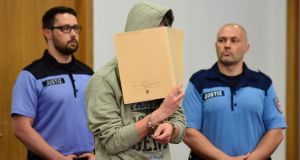 A mother and her young son board a train and sit opposite a fortysomething man. When they get up to disembark the man’s smile towards the blond boy takes on a troubled edge. “Do you love children a little more than you like?” asks the advertisement on TV screens on Berlin’s U-Bahn trains. The final message – “Don’t become a perpetrator” – is also the name of a groundbreaking paedophile research and therapy programme.

The campaign began in Berlin 11 years ago and now operates in 10 cities across Germany. About 7,000 people have made contact, and about 1,000 paedophiles – people who are sexually attracted to children – have received therapy.

“Paedophilia is not curable, but it can be treated,” says Dr Klaus Beier, who leads the prevention network at the Charité, Berlin’s university clinic.

The World Health Organisation classifies paedophilia as a sexual-preference disorder. Charité therapists explain to participants that their sexual attraction to children is a medical condition until the urge is acted upon, when it becomes a crime.

Patients learn methods of self-control and about the consequences of acting on their sexual desires. Treatment can take place anonymously, and medical assistance, such as “chemical castration”, to control sex drive, is offered on a voluntary basis.

The programme costs €3 million a year, and so far it has been funded by state governments. A breakthrough came last month, when German health insurers agreed to cover the cost of individual therapy.

Ingo, a Berliner in his late 20s, became aware of his paedophile tendencies in his early teens. He has never made a sexual approach to a child, and he says his therapy helped him overcome long-term depression.

Five years after completing the programme, with regular follow-up sessions, he is resigned to never having a sexual relationship with an adult.

“If I fell for a woman I couldn’t be sure if it was really love or just to have a child who would become my preferred sexual partner, and I’d sideline the woman,” he says.

The vast majority of paedophiles are aware of the damage they can cause children, and they do not act. But there are other high-profile cases. They include Silvio S, a 33-year-old security guard from Potsdam, outside Berlin, who last year abducted, raped and murdered two boys within three months of each other. He snatched one of the boys, four-year-old Mohamed Januzi, as he waited with his Syrian mother to register for asylum. The crime horrified Germany, and in July the man was sentenced to life in prison.

Shock over the double paedophile killings yielded to further shock in recent days, when Berlin’s city-state government revealed how it financed a paedophile foster programme 45 years ago.

Starting in 1969, Berlin welfare authorities handed over the care of at least three homeless teenagers to Dr Helmut Kentler, a sex researcher from Hanover. He placed the youths with known paedophiles, including one who already had a criminal record for child abuse, believing that it would give troubled teens a social anchor while giving the paedophiles a chance to become caring foster parents.

Berlin’s youth-affairs minister, Sandra Scheeres, didn’t mince her words when she presented the report. “It was a crime to put these people into this kind of care,” she said. “It is simply unimaginable that something like this happened with state oversight.”

The first details of the ghoulish experiment emerged last year, prompting Berlin’s state authorities to commission a youth researcher to review the files and write a report. “The results are sobering,” said Dr Teresa Nentwig of the University of Göttingen.

But how many children precisely were placed with paedophiles, what ages were they and how much did the city pay the paedophiles? “We don’t know,” Nentwig said at the launch of her report, explaining that city archivists blocked access to crucial data, claiming variously that files were missing, unsorted or sealed for data-protection reasons. “We would have wished for more co-operation in clearing this up,” the researcher said.

Despite the official stonewalling, Nentwig found clues that one of the youths still suffers from the effects of abuse and that two others slid into criminality.

The city government says it has no idea who in West Berlin’s welfare agency agreed to the so-called Kentler Experiment. It has set up a hotline for former participants.

One young man brought into the programme in 1969, named Ulrich, was unable to read or write and worked as a prostitute at West Berlin’s notorious Zoo Station.

Kentler placed him with a known paedophile and later wrote that four years there had taught the youth “how to survive”. Ulrich stopped the drugs and petty crime, the researcher wrote, but remained a “suffering person”.

Kentler, who died in 2008, left papers describing the entire experiment as a “success”, but he admitted that it was clear to all involved that placing youths with paedophiles broke the law.

While Berlin was publicly funding that paedophile programme, many children were being abused at Odenwald boarding school, near Frankfurt.

The school was one of West Germany’s most famous progressive and reformist institutions. It later emerged that a former school director, Gerold Becker, was a paedophile who, along with at least seven other staff members, had abused at least 132 pupils over the three decades between 1965 and 1998.

An investigation was launched in 2010, after the full scale of the abuse emerged, and last year, after 105 years, the school filed for bankruptcy and closed.

Germany’s paedophile past reared its head again in 2013 when links emerged between founding members of the Green Party and West Germany’s Paedophile Movement, which rode the coat-tails of gay-rights groups and lobbied for the decriminalisation of consensual sex between adults and children.

The party commissioned a study into the full extent of Green-paedophilia links. Published a week before the 2013 federal election, it cost the party countless votes and prompted a grovelling apology from Trittin. He argued that the paedophile links had to be seen in the context of the sexual revolution of the 1970s, which encouraged a “fiction that there could be sexual relations between adults and children beyond violence or abuse of trust”.

Given the Charité paedophilia treatment programme in Berlin, city media have demanded a zero-tolerance approach in investigating Germany’s latest paedophilia scandal. “Even at the end of the 1960s, sex with children was forbidden, punishable by up to 10 years in prison,” said the Berliner Zeitung daily, urging the youth-affairs minister to keep up the pressure and “get all the files on the table”.