Research helping to understand how consumers think in other countries 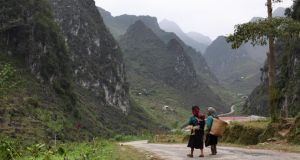 Getting to know your customers is a golden rule of marketing and Bord Bia researchers have taken this to another level by living with potential consumers of Irish food and sleeping on their floors.

The Irish food agency conducts research to help food companies find a competitive advantage in markets such as Asia, Africa and the Middle East.

Its head of consumer insight and innovation Helen King said it decided that one of the best ways to unearth local consumer knowledge was to do ethnographic research, which involves visiting and living with consumers in their homes.

She did this research in Senegal last year, following earlier studies in South Korea, Indonesia and Vietnam.

“The research method is a challenging one, with researchers spending on average over 100 hours in the field, in sometimes very basic living conditions,” she said.

“Possibly the most difficult conditions we’ve worked in, involved home visits in Long An which is in rural Vietnam, where we stayed overnight with consumers and slept on the floor,” she said.

“We really try to immerse ourselves in their lives. They were really beautiful people who welcomed us into their homes.”

She said the people found it intriguing that someone from a distant country wanted to see how they lived.

“If someone said to you, ‘do you mind if I stay with you a few days just to observe what you do and see how you eat?’ you would ask ‘why on earth do you want to do that?’

“One family in Indonesia was so delighted to have a westerner in their home and so delighted that they could share what they do and get a better understanding of what I do.”

Similar research was conducted in China and, she said, it was very valuable. New Zealand has long been the dominant supplier of infant milk formula to China but the Bord Bia research found an appetite for Irish formula. “In a category like infant formula, where the consumer is so sensitive to getting the best for their baby, we really learned a lot by visiting Chinese mums in their homes and understanding what truly motivates them,” she said.

“We were there early in the mornings when the mothers were getting their children ready and the grandparents were coming in to care for them. We spent the day with them and saw the strict routine they had. Many of them lived in tower blocks and they had very strict play time.”

She said Ireland was not well known in China and researchers tried to find out how Irish formula could differentiate itself from New Zealand and US formula. “As it turns out, Ireland has an interesting story to tell around our balanced sustainable approach to food production.”

She said the Chinese market already had more than 80 imported brands of UHT but the research helped Avonmore with issues such as packaging and labelling.

From next spring farmers will be free to produce as much milk as they want with the abolition of EU milk quotas so dairy processors are increasingly looking at developing markets abroad to sell their produce in.

Ms King said the agency was now turning its attentions to the African market for dairy products and would also return to China for a third time.