Since the EU ruled that Apple owes Ireland €13bn in tax, more Americans have views on Ireland’s tax policies – and even compare the country to Bermuda or the Caymans 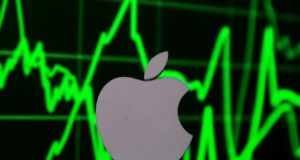 Answering the same questions every couple of weeks is a part of life for Irish people living in the US. American perceptions of Ireland are mostly positive, so although talking about the rain, drink, Conor McGregor and the Cliffs of Moher can become boring, at least we don’t find ourselves trying to defend, say, a poor human-rights record or an authoritarian regime.

But for the past three months a more serious subject has dominated conversations about Ireland: corporate taxation. Since August, when the European Union told the Republic to collect €13 billion in tax from the tech giant Apple, more and more people have been asking me about Ireland’s status as some kind of tax haven – and even compared us to the Cayman Islands and Bermuda.

“I was very upset when I heard that Ireland had given Apple an even better break than other US companies, as a tax incentive, to keep them there,” says Charles Kane, who teaches economics and management at Massachusetts Institute of Technology. “It just stinks of corruption.”

Kane does not take issue with Ireland’s 12.5 per cent corporate-tax rate. “Ireland was way ahead of its time. It was a brilliant move to put that in place when it did, a couple of decades ago. I’ve been associated with a number of American companies that have benefited from it, and Ireland has clearly benefited, too, by the increasing number of high-end job opportunities being created for its people.”

Ireland’s apparently preferential treatment of Apple bothers him, however. “They may employ large numbers in Ireland, but collectively there are a lot more companies from the US employing in Ireland than Apple alone, so why should they get a more favourable rate than other companies?”

Kane was not surprised when the EU intervened. “I don’t blame them for coming down hard. Apple worked the system – and probably threatened Ireland with relocation. If the Irish Government can’t bring in significant revenue from having a [multinational] locate there, it doesn’t make much economic sense anyway. If you’re giving it away, it does become the equivalent of a place like Bermuda: just somewhere to bank money.”

“I don’t think many Americans, myself included, fully understand the dynamics of the European Union. I’d be curious to know if incidences like this create divisions within the union itself, the same way they can between states here.”

Susan Lahey, a writer based in Texas, says, “Every time I hear about major corporations using the threat of job losses to protect their ability to avoid taxes, whether in Ireland or anywhere else, it reminds me of the Mafia. The ‘protection’ that’s promised as long as a big organisation is sheltered from profit loss is the same kind of corruption found in organised crime.

“Taxes should be fair, and any incentive or tax break should only be given when it is quantifiably commensurate with its benefits to the community. Companies that benefit from the country where they are located should pay taxes fairly in that country. Otherwise the social and economic mess we’re in that’s currently threatening to restart a civil war in the US will get worse.”

Carey Miller, an estate agent in California, says, “I think many Americans would love to see Apple repatriate Irish tax revenue, and perhaps the recent order by the EU will encourage Apple and companies like it to return their profits to the United States.

“I have always viewed Ireland’s corporate-tax rate as a shelter, but it hasn’t sullied my view on Ireland as a nation. Every sovereign nation has the intrinsic right to tax its citizens and corporations as the electorate decides, just as any nation can decide with whom they choose to participate with in trade.”

“Does it make me want to purchase products from them? Let’s put it this way: I wouldn’t go as far as accusing any company of a lack of ‘business patriotism’, but it certainly doesn’t reflect well on them.”

Jesenko Vukadinovic, a maths professor in New York, says he was surprised to hear Ireland described as a tax haven given its membership in the EU.

“But it’s not just Ireland that’s a tax haven. America became one when it pushed for more regulations on Switzerland and other tax havens but refused to implement its own recommendations in its own jurisdiction. One way to deal with this issue would be to include rules on taxation in international trade treaties.”

Neal Fletcher, an internet publisher in Texas, says the company is not to blame.

“I don’t fault Ireland in the least for benefiting from American tech companies using it as a tax shelter. I don’t even fault those tech companies for taking advantage of loopholes written into the tax code. I fault our legislators for perpetuating such an arcane, convoluted tax code that would allow for those loopholes in the first place – loopholes that are rarely ever created for the benefit of individuals, small businesses or struggling entrepreneurs.”

In many parts of the United States a more inward-looking business climate means that people either don’t know about Ireland’s corporate-tax policy or don’t care.

“There’s a general anxiety among American firms when it comes to international expansion,” says Joshua M Graham, executive director of TexNext, an organisation that aims to “facilitate the creative, innovative, and policy efforts of Texas on a global scale”.

“That anxiety comes from ignorance and a lack of understanding of the opportunities abroad and the process of how to go about doing business on an international scale. The vast majority of American small-business owners are fairly patriotic and believe the US is the best place on the planet to live and do business.”

But Graham says entrepreneurial patriotism is not expected from big companies. Small-business owners don’t model themselves on multinationals like Apple, Facebook or Google for their day-to-day business, despite the fact that a big majority use the services of all three every day.

“They still think of them in a patriotic way and are proud an American company like Apple has a supply chain that reaches into so many countries,” he says. But they would rather hear about success stories from Des Moines, Iowa, or Plano, Texas, than about Apple or any other US firm in Ireland.

Graham says, however, that Americans’ positive perceptions of Ireland are not limited to culture and tourism: there is also a generally approving view of Irish politics and economics.

“Many people in the US consider Europe as a communist or socialist state, where entrepreneurship is forcibly constrained and true scaling isn’t possible. So it almost comes as a pleasant surprise to many when they discover that Ireland also has a tremendously favourable business culture.”

“This is an economy where the R&D is happening alongside everything else. It’s an economy where the level of expertise required for the development of complex, global business operations can be found. Our local ecosystems offer highly sought-after expertise, and many firms have established strong ties with research centres and universities. The Irish economic structure is sophisticated. We’re not simply some holding location for foreign profits.”

O’Brien acknowledges that the spotlight on Ireland this year was not always welcome. “It was that combination of the Apple case in August and the estimated 26 per cent GDP growth rates announced in July” – which analysts believed did not reflect reality – “that caught a lot of people’s attention. Both led to questions being raised over the Irish economic model.”