The girl from Leitrim who became the ‘Angel’ of New Orleans 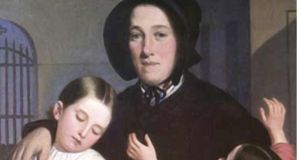 Margaret Haughery: “No woman has been borne to the tomb within the limits of New Orleans who was more generally respected and loved.” 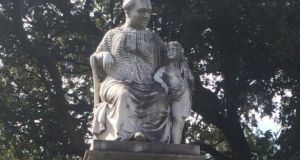 It is sometimes said that the only difference between the truth and fiction is that fiction needs to be plausible. Margaret Gaffney Haughery is a case in point. If Charles Dickens had written her life story, even he would surely have paused at some point and thought, “Wait! Am I laying this on too thick?”

Margaret Gaffney was born on Christmas Day 1813, in Tully, Co Leitrim. Five years later, faced with extreme poverty and religious persecution, her parents and the three youngest of their six children, including Margaret, boarded a steamer bound for Boston.

The stormy crossing took six months because the ship was blown 400 hundred miles off course. The family’s luggage was lost and passengers were reduced to starvation rations before eventually docking in Baltimore. Shortly after disembarking, Margaret’s emaciated sister Kathleen died.

The family settled in Baltimore, where, in 1822, a yellow fever epidemic hit. Both of Margaret’s parents succumbed to the disease. Shortly afterwards, her brother Kevin disappeared, leaving nine-year-old Margaret alone. She was taken in and employed as a servant by a Welsh family.

In 1834, she married an Irishman, Charles Haughery, and they had a daughter named Frances. When her husband took ill, they relocated to New Orleans, where it was hoped the warm climate would aid his recuperation. It didn’t. Charles died, as did their daughter just a couple of months later. At the age of 23, and for the second time, Margaret Haughery found herself all alone in the world.

Deciding to devote the rest of her life to children, Margaret would in time become one of the most celebrated philanthropists in New Orleans history. But she wasn’t some wealthy widow – her late husband left her nothing. So Margaret started out, very much, as an entry-level philanthropist.

She volunteered at the Poydras Orphan Asylum and earned her living as a laundress. Using her own wages, she purchased two cows and began selling milk door to door in the French Quarter. Mary Lou Widmer’s 1996 biography, Margaret: Friend of Orphans, relates how Margaret used her daily milk round to cultivate relationships with local business owners and solicit donations for the orphanage.

By the age of 40, she owned 50 milk cows and, with the Sisters of Charity, ran two orphanages, caring for children of every race and religion. In 1860 she opened a bakery. When the American civil war broke out the following year, the port of New Orleans was blockaded by the Union navy. Margaret opened a “coffee shop” – in reality a soup kitchen to feed the swelling ranks of the city’s poor.

When Yankee soldiers occupied the city, she defied Union general Benjamin Butler, crossing Confederate lines daily to purchase flour to keep her bakery open. By the war’s end, the number of orphans in the city had risen dramatically. Margaret upgraded and expanded her facilities to meet demand, as well as providing day care for working widows.

By now she was famous, known affectionately as the Bread Lady or the Angel of the Delta. During her final illness, scores of people queued to visit her bedside, among them the former Confederate general PGT Beauregard and the African-American philanthropist Thomy Lafon. Pope Pius IX sent her a crucifix.

Margaret’s death on February 9th, 1882 was reported on the front page of the Daily Picayune: “She never had upon her hand a kid glove, she never wore a silk dress, though she earned by hard labour many thousands of dollars. But no woman has been borne to the tomb within the limits of New Orleans who was more generally respected and loved.”

Margaret Gaffney Haughery was granted a state funeral, and a large monument was dedicated to her memory two years later. She left tens of thousands of dollars to local charities in her will. The document, which is reproduced in Widmer’s book, contains one final surprise. The testator’s name is signed with an X.