Sydney Irish: The rugby club for emigrants down under 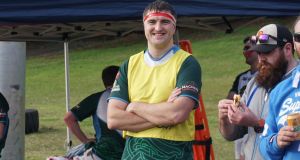 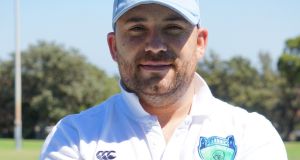 Sydney Irish chairman Andrew Scannell: ‘We train hard once a week and enjoy a few beers on a Saturday after the game. This mentality attracts players.’ 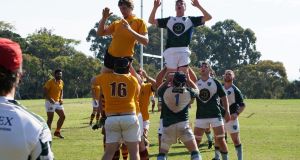 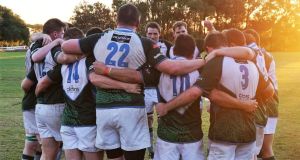 There is always a buzz around the home ground on match day. Friendly banter is exchanged between the lads as the usual suspects chat on the sideline, poised and ready to cheer the teams on. The scene is set for another great day of rugby in Sydney’s eastern suburb of “County Coogee”; on a Saturday, during rugby season, Latham Park becomes Irish soil.

Back in 2012, as thousands of Irish were landing in Australia every month, a group of recent arrivals decided to set up a club specifically for expats living in Sydney. The success of the GAA as a support network for the Irish in Australia was clear, but they wanted to form something similar for Irish people who were more interested in playing rugby than GAA.

Alan Gaffney, the Australian rugby coach who is a household name among Irish rugby fans for his time working with the Leinster, Munster and Irish squads between 2000 and 2011, was instrumental in helping Sydney Irish get on its feet.

“We pitched the idea to him and he loved it,” remembers club chairman Andrew Scannell.

Gaffney was linked closely to Randwick and this led to the junior partnership of Sydney Irish and one of the world’s oldest rugby clubs.

The job at the start was to find the players, coaches and select the staff. At a networking event, Scannell met Pat Duignan, who played rugby for Ireland in the 1990s. He asked him to come on board, and he agreed to coach first grade. Others came on board in a similar fashion, but it was tough going for the club that first year.

“It’s one thing to secure the home ground, get players on the pitch and then score points, but it’s the administration and the hard yards in the background as well that’s key to success,” says Scannell. “Without the commitment of the committee at the time it would have been hard for us to succeed.”

Despite this, the club did have some early successes, winning the Jeffrey Cup in the first year. The win was celebrated in PJ Gallagher’s Irish Bar, the club’s main sponsor, secured by Galway man Alan Connolly.

“We couldn’t believe we managed to grow a club and take home silverware in our very first year. We were absolutely over the moon!” Scannell recalls.

The club had come a long way from its tag rugby origins. When Sydney Irish was set up, by founders Val Baynes, Paddy Noble and Scannell, they had 120 players registered. The numbers have continued to grow, and now exceed 200, with several teams competing in Oztag competitions.

Being largely made up of expats, the club faces the inevitable each year with one or more of the top players departing for home. But there is also a steady flow of new players registering with the club.

“It’s as simple as meeting someone in the street and asking them if they want to play rugby,” says Scannell. “A player came up to me at one stage and said he had sat next to ‘a big fella’ on the bus and asked him if he wanted to get involved. Sure enough, he was at training the following Wednesday.”

The club is a social one at heart.

“We train hard once a week and enjoy a few beers on a Saturday after the game. This mentality attracts players,” Scannell says.

David Bardon from Knocknacarra in Co Galway, who plays hooker with the club, was one of the first to join following encouragement from some of the lads he used to play with back in Ireland. He says the community spirit is one of the main reasons it has become so popular.

“You see lads coming over here on their own and straight away they have a social network to come into, to find jobs, to find accommodation, to find mates, and just fall into a good group.”

But not all clubs that Sydney Irish come up against have the same ethos, and some of them take a much more serious approach.

“Some of the clubs in our division train twice a week and also have a big backroom staff. Their ability is also good, with some players joining from New Zealand and Fiji. We have found this hard, but we continue to devote ourselves to one night and it works well for us,” Scannell says.

Since the club’s inception, it has been far more than just an “Irish” club. “We have registered Scottish, English, French along with plenty of Aussies and Kiwis,” says Scannell. “That’s the true beauty of the club; it’s for anyone that wants to come down to play social rugby, enjoy a beer and a bit of craic.”

Australian-born Matt Jarrett started with the Sydney Irish this season. He comes with an impressive rugby history, boasting 10 caps for Malta.

“A mate of mine Philly Byrne plays for the club and he has been at me for years to play. Unfortunately, I couldn’t commit because of work, but recently I landed a new role back in Sydney,” Jarret says.

“I knew playing with the Irish boys would be a good laugh at the very least, so I was keen to get involved.”

The Sydney Irish club has also managed to attract lads that have never played the sport previously. “Rugby is a sport that you have to be careful with,” acknowledges Scannell. “For those players that come down for the first time wanting to get involved, we have a duty of care to them and they don’t play until they are ready. However long that might take.”

Colm Hogan is one such man. “Growing up in a small village in the Midlands, there wasn’t much chance to play a game like rugby. The choices were golf, soccer or football,” says Hogan.

“I started playing tag with Irish when I arrived in 2014 and loved it. I got to know some of the lads from the team that play both union and tag with the club. After some persuasion, I decided to sign up this season. Some of the Islanders can be pretty huge and I’ve been steamrolled more than once, but I’ve been told they’re all the same size at the ankles!”

After the first year, Scannell remembers how exhausted he was after all the hard work to get the club off the ground, along with the rest of the committee. He was sure it would be impossible to repeat the same again.

“But then it comes to Christmas and the focus is on the upcoming season and there’s no way you can’t be involved,” he says. “It becomes addictive and you don’t want to let anybody down.”

That same feeling runs through the club.

“We have some players that will really step up. It’s not just coming from the coaches and committee. It is coming from the players themselves. In this way, there is an understanding of what needs to continue to happen in order for the club to remain successful.”

All three divisions of Sydney Irish will play in the finals of the NSW Suburban League this Saturday, August 6th. For more information about the club, or how to join, seesydneyirishrfc.com.