90% of Irish abroad want same-sex marriage, according to online poll 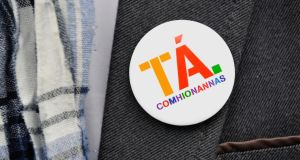 When votes from Ireland were excluded, a total of 5,497 were received, with 90 per cent in favour of Yes. Photograph: Aidan Crawley/EPA

Counting begins at 9am this morning in the same-sex marriage and presidential age referendums.

But we already have the result of The Irish Times “virtual vote” for the Irish abroad, who couldn’t cast a ballot yesterday.

Irish people living overseas would vote overwhelmingly in favour of same-sex marriage, according to the results of the poll, which ran online on irishtimes.com/generationemigration for three days this week.

When votes from Ireland were excluded, a total of 5,497 were received, with 90 per cent in favour of Yes. Just 7 per cent voted No, while less than one per cent said they weren’t sure. Just over 2 per cent said they didn’t think emigrants should have a say in the referendum.

“Virtual votes” came from 108 countries (excluding Ireland) around the world. The most were cast in the UK, with more than 1,600 received, followed by the US at 1,127, and Australia and Canada, with more than 500 each.

While the poll was voluntary and by no means scientific, it gives some indication of the interest in the issue among Irish people living overseas.

Claire Byrne: ‘My parents had to stand by the bed while I got the last rites’
5