Unthinkable: Is scepticism a sustainable philosophy?

Sceptics have the upper hand these days but are they hiding values of their own? 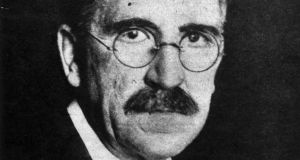 John Dewey: scepticism is ‘the mark and even the pose of the educated mind’

In the Middle Ages, prominent sceptics were burned at the stake. Today they’re invited to be panellists on Mock the Week. Yes, scepticism – the idea that you get nearer the truth by forever suspending judgment – has become a popular mode of thinking in the liberated West. It is, as American thinker John Dewey once said, “the mark and even the pose of the educated mind”. But can you push it too far? Paul O’Grady, of TCD’s philosophy department, thinks so.

TODAY’S IDEA
“You can’t be sceptical about everything.”

Who, Paul O’Grady, were the first sceptics? “One of the schools of later Greek philosophy was called scepticism. They believed that a lot of the time people were unhappy because they were disagreeing about things that couldn’t be resolved. So the sceptics said: maybe the solution is to suspend judgment, to back down on dogmatic views, and then you get societal peace but also within the individual, the claim was, you get peace as well.”

How did the philosophy then evolve?
“While the ancient sceptics really believed in scepticism, and thought it was a panacea to various problems, other philosophers approached it more as a method, or as a tool, and famously Descartes thought you could use the method of doubt as a way of figuring out what was good knowledge. So his method was to say: let’s doubt stuff as far as we can possibly go, and then when we reach the terminus we find something fairly stable and solid.”

As a method, does it run into problems?
“It becomes problematical when you start doubting everything. Aristotle talks about some of the ancient sceptics being reduced to merely waggling their finger at their opponents because even as you express a sceptical view. There is always some residual stuff that you believe in – even that it’s worthwhile persuading another person to change their views.

Paul O'Grady on the rise of scepticism

“So the idea that you can be sceptical about everything all the way down becomes problematic to sustain. You reduce yourself to silence.”

How does a sceptic avoid this dead end?
“There is this wonderful image from the early 20th century philosopher [Otto] Neurath: he said our knowledge is like a boat, and we repair it or revise it piecemeal. If we repair the whole lot at once we sink, and we’re not able to navigate or negotiate the world. So the thought is we hold various other things firm while we are doubtful about a certain thing and check it and then when that’s reasonably solid enough for the moment we move on to something else and then we check it again. Contemporary philosophy is more at home with the idea that our knowledge is fallible, whereas in the past people wanted to get the absolute, definitive final version of things and it seemed if you didn’t get this then you didn’t have knowledge at all.”

The decline in the influence of the church seems to have boosted scepticism in Irish society. Has it become a default position in public discourse?
“Often if a society has been very homogenous and authority-oriented it would make a lot of sense that scepticism would be a resultant impact of that. But part of the subtlety of the thing is a sense that scepticism can itself become a dogmatism or the dominant party line, which it’s not supposed to be. You’re going to have to commit yourself to certain things.”

Is there a “freeloading” aspect to sceptics whereby they smuggle in their own values in public debate while pretending to be neutral?
“I think good scepticism is just always a good thing. One of the problems about bad scepticism is the covert nature of it. So if there are covert values it’s good to make them explicit. Part of [Ludwig] Wittgenstein’s work has been about making what’s latent patent – to bring out the underlining assumptions and underlining views, and seek to ask: ‘Why do you believe that?’ not just merely in terms of some sociological or psychological story but ‘What are the reasons behind the views you hold?’

“I think the really interesting stuff happens in looking at the arguments for those interim or fallible positions or stopping places that we hold. In a lot of public discourse at the moment there is impatience; people are sometimes not willing to have the patient evidence-sifting approach but it tends to be more a slagging off match and people just dismissing each other’s views.”

Reader’s question:
“I am 74 and a slow reader. What 10 books should I attempt to read before I die?”

Nassim Nicholas Taleb replies: “Read books are far less valuable than unread ones . . . Indeed, the more you know, the larger the rows of unread books.”