Karina Longworth’s podcast began as a calling card. It was an overnight success 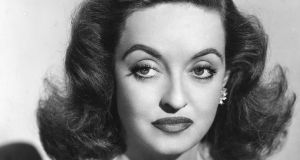 Bette Davis in ‘All About Eve’

It’s hard to know what the word “cult hit” means any more. By the time such a thing gets written about in newspapers it is invariably too popular to warrant the description. That may be true of Karina Longworth’s podcast You Must Remember This.

Launched in 2014, the series sought to investigate “the secret and/or forgotten history of Hollywood’s first century”. Narrated in Longworth’s elegant, theatrical voice – long vowels and sharp, un-American consonants – You Must Remember This has investigated such subjects as the Hollywood blacklist, Charles Manson’s cinematic legacy and, most recently, the intertwined lives of horror actors Boris Karloff and Bela Lugosi.

Longworth, a Californian in her mid-thirties, isn’t exactly a star yet, but, when I mention I am interviewing her, my Twitter feed goes into a collective digital swoon.

I wonder if the voice gets recognised often. “To be honest it happens most often when I am making a restaurant reservation,” she says. “I was in London being interviewed and the people sitting next to us recognised me and she wrote that into the story.”

When articles are published about the best film podcasts, contributors tend to write: “Well, You Must Remember This, of course,” just as they would write: “Well, Ulysses, of course”, if asked to name the best novels about early 20th-century Dublin. The research is rigorous. The sound design is imaginative. The delivery is delightfully idiosyncratic.

A graduate of the Art Institute of Chicago and New York University, Karina has written film journalism for publications such as Slate, New York Magazine and the Village Voice. The podcast began during one of the inevitable slack periods that assail all freelance writers.

“At first I didn’t think anybody would care,” she says laughing. “I didn’t see any business opportunities. I wasn’t finding work doing what I wanted to do. I felt that in order to find people who’d give me that work I had to show them that I wanted to do it. That’s why I started the podcast. It was initially a calling card.”

The sweeping sound design is important. It has a singular aural flavour. “I guess I just always wanted it to sound cinematic,” she says. “There are a lot of movie podcasts. But the majority are two people having a conversation.”

The blog’s success is heartening for a number of reasons. It’s stirring to find that so many people are still interested in Jean Harlow’s interactions with Howard Hughes or the irregular rise of Joan Crawford. Just watch an episode of University Challenge. Young boffins can identify the composer Haydn and isolate quarks. But they can’t recognise Jimmy Stewart.

“I don’t know about that,” she says laughing. “I don’t know anybody who knows anything about Haydn. I only know people who know about old movies. It seems like the audience for my show is of all ages.”

When did she realise it had become a genuine hit? “I never expected that. I didn’t think I’d make more than one. Then after I had made three or four – really early on – there was a piece in Entertainment Weekly and I started getting approached by podcast networks. It got out of control very quickly.”

Does she have a clear idea of her brief? That phrase “secret and/or forgotten history” appears each week above a distorted version of Ingrid Bergman humming As Time Goes By in Casablanca. Is that the mantra?

“I think that is pretty much it,” she says. “I think we have a very short cultural memory. It was an excuse to read about things I knew a little bit about. I wanted to find the real or the lesser known stories.”

Cautious in her answers, Longworth communicates a very Californian class of erudition. If she doesn’t feel qualified to answer a question then she says so. She doesn’t fling around the bullshit. Fair enough. She’s spent decades accumulating this information. It sounds as if she was always destined for a life digging through Hollywood’s ossuaries.

“I grew up in Los Angeles, but my family was not in the movie industry. They were interested in old movies and independent movies, but not in the blockbusters of the 1980s. And they were pretty strict about what I was able to see. They never took me to the movies apart from the re-releases of Disney movies. I’d watch the family friendly movies on the Disney channel. So I saw things like Topper and It Happened One Night and You Can’t Take it With You.”

So her parents passed on a love of golden age cinema? “My mother loved James Dean and Natalie Wood and Marilyn Monroe. She had books about these people around the house. She tells this story about how I learned to read when I was two by pulling books off the shelves and playing with them like they were toys. The books were things like Lauren Bacall’s By Myself.”

There was no turning back. Born in 1980, Longworth emerged into the journalistic pool at an interesting time. The internet had properly set in, but it was still regarded with suspicion by lagging greybeards. She was among the first generation to take blogging seriously and to recognise the possibilities of the podcast. Those freedoms seem to have opened up film journalism just a little.

“There is a more diverse range of voices,” she agrees. “When I was starting out there were barely any women. Everyone was white. It was a job that was held by white men from 40 to 70. So the fact that it’s become any more diverse is positive.”

Longworth can hardly have avoided pondering how Hollywood has changed since the period covered in You Must Remember This. Much of her podcasting concerns women’s stories from the middle of the 20th century. As we speak, the Weinstein scandal looks to be revealing grim truths that, though long suspected, were rarely aired publicly. Women have always been abused in Hollywood. Will this make things better?

“I really don’t like to talk about contemporary Hollywood because I know nothing about it,” she says with characteristic caution. “But certainly women coming forward is something that didn’t happen in the past.”

In the series that interlocks the careers of Jean Seberg and Jane Fonda, she notes how little improved for women after the countercultural shifts of the 1960s.“The sexual revolution made it okay for men to be more disrespectful of women,” she says with a sigh. “It was couched that if they didn’t go along with that sexual revolution then they were prudes. They were old fashioned. For a lot of women that made things worse. That was not everyone’s experience. But for a lot of actresses exploitation was suddenly more out in the open.”

Timed to straddle Halloween, the current series tells us how Boris Karloff, urbane Anglo-Indian, and Bela Lugosi, exotic Hungarian, helped invent the universal horror film. It is a delight for (ahem) older nerds whose childhoods were coloured by late-night screenings of Devil Doll and Bride of Frankenstein. We learn about how Europeans made the industry. We learn about that industry’s ability to invent “ancient” myths.

“The Universal monster movies were among the first classic films I was exposed to,” she says. “There is something remarkable about two men in middle age who had foreign accents who turned up and became stars in a new genre.”

Fans will be salivating in anticipation of the next series. What will we be hearing about? “I have no plans. I am under a real crunch to get this done,” she says. “I would love for the podcast to do more ambitious stuff. But I will need to find the time.” As time goes by.

Five unmissable stories from You Must Remember

Longworth began by changing her subject week by week. She then focused on longer arcs. All the below are available to download now.

Star Wars: No, not that. Longworth tells us about the movie stars’ contribution to the second World War. It begins with Bette Davis and the Hollywood Canteen.

Charles Manson’s Hollywood: A series everybody was talking about. The notorious maniac moved among the Hollywood elite and his cult’s murder of Sharon Tate ended the 1960s idyll.

MGM Stories: Begins with Louis B Meyer’s interactions with boy wonder Irving Thalberg in the silent era. Ends with the changes that hit Hollywood after the second World War.

The Blacklist: The story of the anti-communist blacklist takes in Charlie Chaplin, Humphrey Bogart, Dalton Trumbo and Ronald Reagan.

Jean and Jane: A demonstration of Longworth’s ingeniousness, the series wove together the contrasting and complementary careers of doomed Jean Seberg and indestructible Jane Fonda.